And at the Nokia 7.1 launch event in London, they have officially announced the timeline when other Nokia smartphones will receive the Android Pie update.

The Nokia 6.1 and the recently launched Nokia 6.1 Plus smartphones will get the update this month itself i.e October, 2018. The Nokia 8 and Nokia 8 Sirocco smartphone will receive the Android 9 Pie update next month in November, 2018. 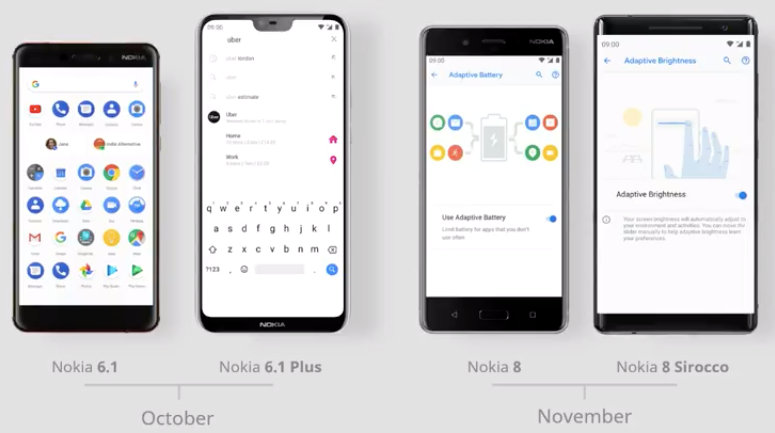 HMD Global has already promised that the Nokia smartphones will get Android OS updates for 2 years and security updates for 3 years from the launch date. But the company has not promised any timeline for the Android 9 Pie update for remaining Nokia phones yet but hopefully it will be available soon too.

Android 9 Pie update will bring the AI powered features like the Adaptive Battery feature that limits battery usage from apps you don’t use often, Well Being and App Actions that predicts user's next action and helps in performing that task quickly.