As the name suggests, it comes with 4G SIM slot for LTE support that was missing in the previous Chromebook Plus V2. The device is powered by ab Intel Celeron processor and all other specifications and features are pretty much similar to the WiFi version Chromebook Plus V2. 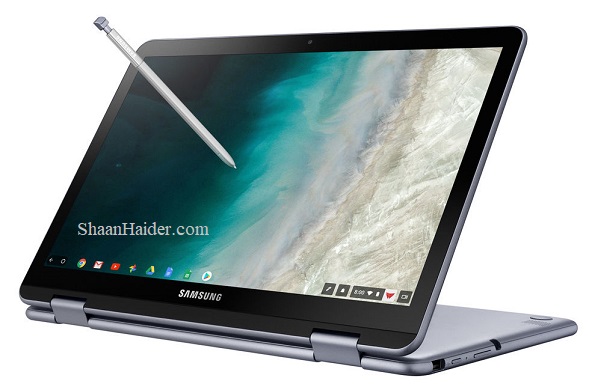 It features a 12.2-inch touch screen with 1920 × 1080 pixels resolution that cane be changed to transforms the device from notebook to tablet to sketchbook. It comes with 4 GB RAM and 32 GB internal storage. There is a microSD card slot provided that supports card of up to 400 GB.

There is a built-in pen with the precision of the stylus, two USB-C ports with 4K display out and one USB 3.0 port. The body is made of aluminum alloy, glass and plastic body. There is 1MP front camera and a 13MP rear camera provided as well along with the stereo speakers and a 39Wh battery.

Samsung Chromebook Plus V2 (LTE) will be available from November 2, 2018 at Samsung.com.