The Official List of Huawei Smartphones and Schedule for EMUI 9.1 Update

Previously Huawei has announced a list of total 49 smartphones that will receive the EMUI 9.1 software update but at that time, the time frame was not mentioned. And now Huawei has officially announced the roadmap and schedule for the first phase and which device will get the EMUI 9.1 during that period.

This EMUI 9.1 roadmap is divided in the three parts and in each of them few devices will receive the EMUI 9.1 update. 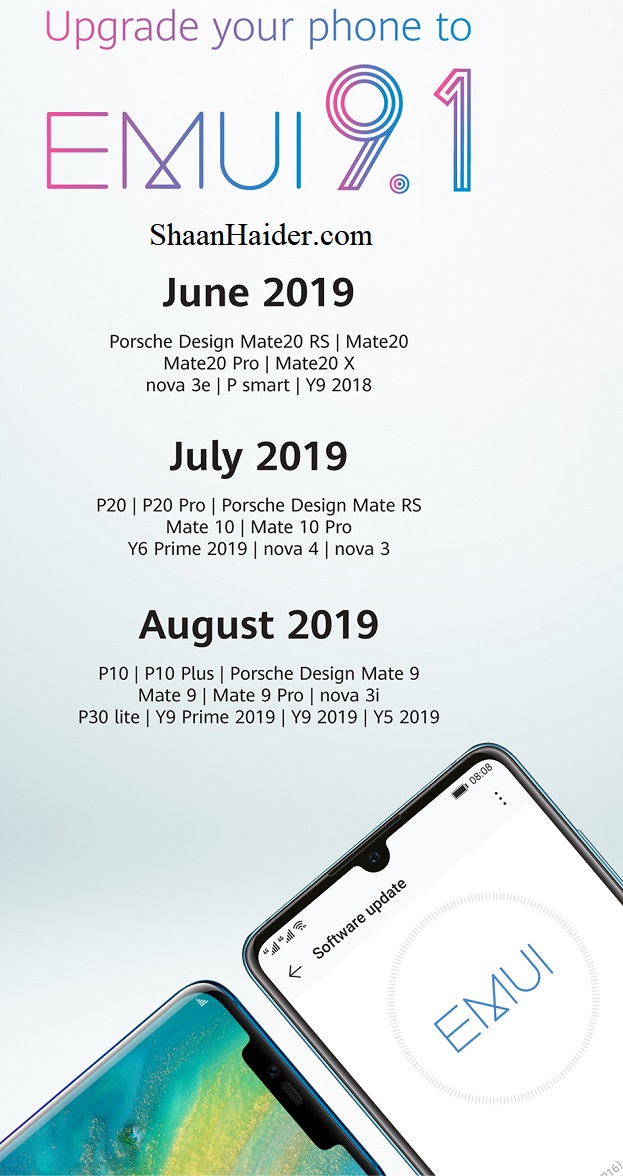 Few of the highlighted features of the EMUI 9.1 are given below.

1. In EMUI 9.1, EROFS file system is used that will bring following enhancements ;

- EROFS is designed as read-only file system. Due to this, the system partition cannot be rewritten by the third party, so it is more secure.