Three Features that Kirin A1 based Huawei's upcoming Smartwatch Can Have

The new Kirin A1 chip is the Huawei’s first in-house designed wearable chipset and it comes with so many features that can bring fresh innovation in the wearable tech market. 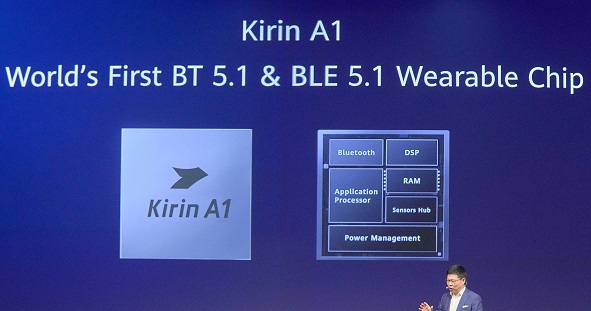 Huawei has already launched the Kirin A1 based FreeBuds 3 at the IFA 2019 that received many awards because of its great battery life and Active Noise Cancellation feature.

And after the TWS earphones, Huawei will certainly use its proprietary technology of Kirin A1 wearable chip for a new flagship smartwatch. Based on that, we can these three potential features a new Huawei smartwatch with Kirin A1 could introduce to the market.


Three Features that Kirin A1 based Huawei's upcoming Smartwatch Can Have

The Kirin A1 chipset is perfectly optimised for wearable devices when it comes to battery life. One of the reason FreeBuds 3 received lots of awards is due to the great battery life provided by Kirin A1. with the help of the ultra-low power application processor and an independent power management unit, any upcoming Huawei smartwatch with Kirin A1 can provide battery life of over 10 days and that would be a new industry standard.

Huawei's Kirin A1, using Huawei’s isochronous Bluetooth technology, provides reduced audio latency to ensure video and gaming visuals are perfectly synchronised with the sound. This feature can also be used in smartwatch for improved connectivity and audio features for a better smartwatch experience.