How to install Google Apps from AppGallery on Huawei Smartphones

Huawei phones offer amazing cameras, solid performance, and unique designs. The AppGallery, one of the largest app marketplaces, is yet another attraction of them. Not only does it have a wide range of app collections, but the actual user experience is better than many others. It has just gotten even better because you can now install Google apps straight from the AppGallery. The new solution works far better than the previous workarounds and has the added benefit of being ad-free.

How to install Google apps from AppGallery

Installing Google apps on your Huawei phones is now effortless. All you have to do is go to the AppGallery and search for the app that you want and install them on your phone like you normally do. Almost all the popular Google apps, including Google Maps, YouTube, and Google Drive, are available for download.

Once installed, all these apps will appear on your phone’s home screen and function like any other app; you can even sign into your Google account on them. That means you can access the saved locations on the map and the videos you added to the Watch Later playlist on YouTube. 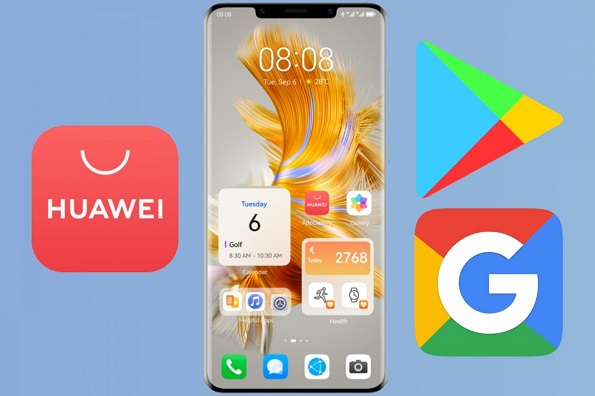 As these are proper apps and not web shortcuts, the issues users were facing while using the web shortcuts, like YouTube videos not playing in full screen, are also a thing of the past. All these are possible thanks to a third-party app called GBox, which also works on other Android smartphones. Non-Google apps that use Google services for some of their features will also work without hiccups using this method.

Microsoft Teams, which used to experience reliability issues before, can now run smoothly. The results are just as promising for apps like Uber that use in-app maps. Moreover, you will be able to install these apps from the AppGallery, and they will run smoothly. This method works on all the recent Huawei smartphones, including the Mate50 Pro, nova 10 Series, and P50 Series.

With the release of the HUAWEI Mate50 Pro, many users looking to upgrade their smartphones found themselves enticed by the phone’s features but were unable to make up their minds because of the lack of Google services. Now that almost any Google apps can be used on Huawei phones, the age-old problem can finally be put to rest.

Posted by Shaan Haider
Categories : Android, Applications, How To :, Tips