Happy Birthday To THE INTERNET


So officially Mr. INTERNET is 40 years old and still going strong. In fact, it is being stronger each and everyday. Well if you are reading this post then I do not think that I need to introduce you the internet. I just want to say Thanks to the internet for everything it gave me [ poor visibility too,as I use computer a lot for the internet purpose ;) ]. According to me, in today's time there is nothing if there is no internet. . . . . 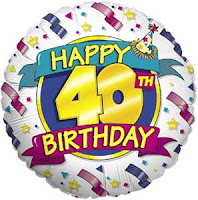 Technology stars, pundits, and entrepreneurs joined the Internet's father on Thursday to celebrate the 40th anniversary of his culture-changing child."It's the 40th year since the infant Internet first spoke," said University of California, Los Angeles, professor Leonard Kleinrock, who headed the team that first linked computers online in 1969. Kleinrock led an anniversary event that blended reminiscence of the Internet's past with debate about its future. "There is going to be an ongoing controversy about where we have been and where we are going," said Arianna Huffington, co-founder of the popular news and blog website that bears her name."It is not just about the Internet; it is about our times. We are going to need desperately to tap into the better angels of our nature and make our lives not just about ourselves but about our communities and our world." Huffington was on hand to discuss the power the Internet gives to grass roots organisers on a panel with Kleinrock and Social Brain Foundation director Isaac Mao."The Internet is a democratising element; everyone has an equivalent voice," Kleinrock said. "There is no way back at this point. We can't turn it off. The Internet Age is here."


So just thumbs up and three cheers for the internet. . . . . . HAPPY BIRTHDAY INTERNET :)