HOW TO : Embed the Tweets in Blog Posts 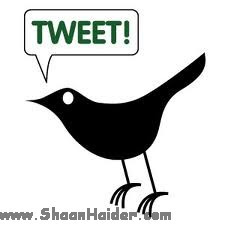 Till now bloggers were embedding the videos, images and audios in their blog posts but now you can embed a tweet too. Earlier, people used to take screenshot of the screen and then cut and add the tweet portion as an image in the blog post.

But now, you can get rid of all this and directly embed a tweet into your blog posts. It is as simple a a very simple process which is explained below.

Using “Blackbird Pie,” you can create an embeddable tweet. All you have to do for that is to enter the URL for the chosen message in the form that Twitter has created (that URL can be found using the timestamp on a tweet which appears right below the tweet – i.e. –- where it says “3 hours ago”).

After that, click on the “Bake It” button and Blackbird will generate the code which you can embed in your blog post to show the tweet. An example of it is given below.

Indian police and CRPF are retard losers. . They kill innocent people in Kashmir but get screwed by Naxalsless than a minute ago via Dabr

When you paste the tweet into your post, it will pick up some of your styling etc. to match with your blog style. But sometimes, it can cause some problem in displaying the tweet because of this nature .Any blogging platform or website can use this method to add a tweet in the blog or a site.

It works same as the manual Blackbird Pie and having few more features than that to give your embedded tweet a beautiful look in the blog posts.