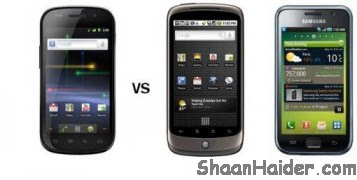 Google Nexus S is the first Android phone to feature Android 2.3 Gingerbread OS, which includes support for NFC and boasts a slightly tweaked user interface (UI). Google Nexus S has an integrated NFC chip that allows it to communicate with Google HotPot stickers - the kind that you'll soon find adorned on windows of your local businesses.

This hardware tour shows you what the Google Nexus S looks like, how it works, and the in-hand size. The lack of microSD card slot and a dedicated camera shutter button are two negative aspects.

Watch The Video Below For More Details Of GOOGLE NEXUS S