Twitter is one of the most popular and the biggest social networking site. But still, many new users do not understand that how to use Twitter effectively and the basics of the Twitter easily. Sometimes it confuses them and they stop using it.


That is why, here I am sharing the Top 12 Twitter Video Tutorials which gives you all the details of the Twitter and how to use it perfectly. Even though you are on Twitter since awhile, you must check all these videos. 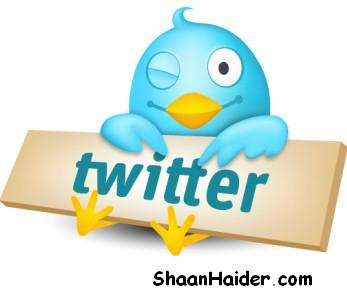 In Plain English is one of the most popular video series on the YouTube which explains various things. And here is the explanation of the Twitter in a simple and easy to understand video.

3.What are Twitter Lists and how to use them?

“Lists" is a great feature of the Twitter and this video gives the info about the Twitter Lists and how to use it for your advantage.

Here is an introduction of all the top and most popular Twitter tools. This video also tells you that how to use these Twitter tools to get the most out of Twitter for the personal and business use.

Twitter is conceptually a social networking site on the move.This video shows you how to update Twitter from your cell phone using text messaging.

If you are using the Twitter for your business then here is the best video for you. This is the Part 1 of the video series of this title. You can also check rest of the parts from the YouTube

Just like the above video, this video guides you to use the Twitter effectively for building customer relationships and brand reputation.

12. 5 Business Benefits of Twitter Even if Your Customers Aren't Using It Yet

There is the possibility that many of your customers are not yet on Twitter but still you can use the Twitter for your business perfectly. This video gives you the great tip here