Just few days back, I have posted the India Against Corruption mobile apps which are designed to support Hazare Anna. And now Anna Hazare is here in his gaming avatar too. called Angry Anna. Angry Anna is a game based on the theme of the popular game Angry Birds. 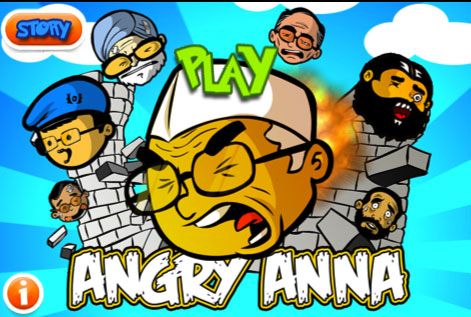 Just like the Angry Birds, Angry Anna is also having a story and mission to play game. In this game, corrupt politicians are stealing the money of the India and you have to play Angry Anna against them.

The various birds of the Angry Birds are replaced with the Anna Hazare and his team members. And the pigs are swapped with the politicians of India. Angry Anna game also shows Baba Ramdev as part of the Anna Hazare's team which is not that correct. 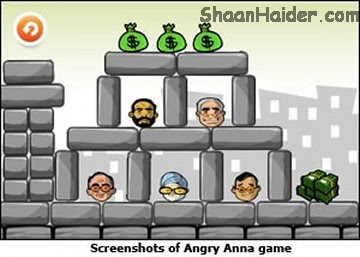 Angry Anna is having the four levels to play. The number of the politicians and Anna Hazare and team are added according to the progress of the game. And you also get the support message "We have not included scores in the game. Our intention is to build a game to garner support for Anna Hazare, who is fighting against corrupt politicians in India, and let people vent their frustration against corrupt leaders", if a user fails to complete the last level.


So, what you are waiting for? Just play the Angry Anna and support Anna Hazare in a new way on http://www.angryanna.com/.