It's all over the news. And, if all the evidence is pointing in the right direction, it appears there is one culprit behind all the recent hacking, which includes the largest series of cyber attacks in history. Who could it be? Yes, it’s China again, but what is the story and evidence behind the allegations as it all one way?

In March this year, Google set the ball rolling by accusing China of interfering with their services for what is the second time in as many years! Back in January 2010, Google made the very serious accusation that the Chinese government had targeted the Gmail accounts of Chinese human rights activists. Google deemed it “a highly sophisticated and targeted attack”. Needless to say, since the accusations Google and China have not been the best of friends.

This time round, The Wall Street Journal reported that Google were accusing China of ingenious attacks which made it look like the problem was with Gmail itself, something vehemently denied by Google. Users had complained of trouble accessing their accounts and inboxes, problems sending emails and difficulties using the chat function.

Then came McAfee, who recently revealed a five year cyber-attack campaign had been conducted in which the networks of 72 organizations had been hacked, including the United Nations and the governments of the US, India, Canada, South Korea, Taiwan and Vietnam. Who do you think the alleged culprit was? 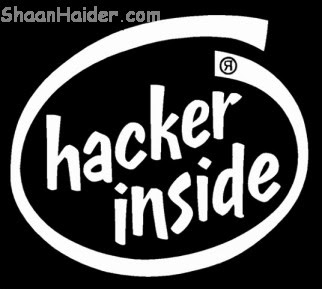 Jim Lewis, cyber expert at the Centre for Strategic and International Studies, stated after his briefing by McAfee: “Everything points to China. It could be the Russians but there is more that points to China than Russia.”

During the five year campaign, US secretary of state Hilary Clinton had demanded an explanation from Beijing when it was revealed China was behind a sustained attack on Google in 2009. The response was silence.

However, when this was followed up by a direct accusation from Google, the Chinese ministry of industry and information technology were quoted by state news agency Xinhua as saying: “Any accusation that the Chinese government participated in cyberattacks, either in an explicit or indirect way, is groundless and aims to denigrate China. We are firmly opposed to that”

Can it really all be down to China? Dave Clemente, cyber security analyst at Chatham House thinktank was quick to point out that it was extremely likely that China was also a victim of hacking by other countries. Clemente said:

"It’s going in both directions, but probably not to the same extent...China has a real motivation to gain these types of industrial secrets, to make that leapfrog. There’s probably less motivation for the US to look to China for industrial secrets or high technology. But certainly there are things China has which they’re interested in, maybe not for commercial advantage but in a geopolitical sense."

The People’s Daily, China’s leading state newspaper and mouthpiece of the Chinese government called McAfee’s recent accusations as “irresponsible”, commenting that: “The McAfee report claims that a ‘state actor’ engaged in hacking for a large scale internet espionage operation, but its analysis clearly does not stand up to scrutiny.”

However, the Chinese government sought to readdress the balance of blame on 9 August 2011, when it responded to the McAfee report by claiming they were hit by around 500,000 cyber attacks in 2010, many originating from foreign countries including the US and India.

The official Xinhua news agency said China, which has the world’s largest online population with around 485 million users, had regularly been attacked by Trojan software, with 15 per cent of the damaging programmes coming from US IP addresses.

Is every country carrying out cyber crime? The worldwide web of intrigue continues to be spun.