Tablet items have revolutionized the way we browse the web. The sleek designs that started with Apple and have been emulated by so many others have become a phenomenon. Everyone wants to get their hands on some form of a tablet, which usually becomes an iPad. However, not everyone wants to pay an arm and a leg for using these items. The iPad 2 starts at $499.99. By starting at that price you could really walk out spending up to $700 dollars after warranty, various cords, and even a pricey case. I know this, because I did just that. Not to mention, buying certain apps can be very addictive, and add up to a big number. Before you know it, your whole check is going into a tablet. However, tablets are just what's happening nowadays, and they really do offer so much. It is hard not to fall into the tablet craze. The failing HP Tablet, may be the best thing to ever happen to the tablet market.

HP was forced to discontinue theie product TouchPad, because simply no one was buying them. The interesting part is, when they started selling them for pennies on the dollar ($99), sales exploded. This happened even with the announcement that they will also drop all support for the product. The support they offered was what made the downfall in the first place. Without a successful platform to deliver amazing applications, a TouchPad is virtually useless. Apple offers some 400,000 apps, and Android around 200,000. HP was no where near this number, and after cancelling their support will be left with nothing. So why buy a $99 dollar TouchPad? 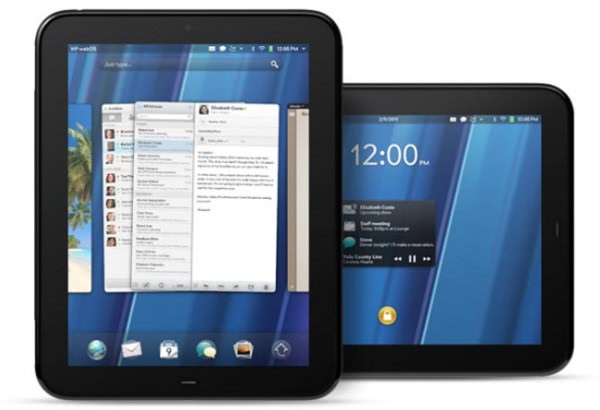 These TouchPads have sold out, and have sold out again. They are entering the stage of final clearance to evaporate all items from their inventory. Is $99 dollars going to turn into a wasted investment? Maybe, but not likely. Without support for these TouchPads, there is going to be an immense market for the hacks, and computer whizzes to execute their own platform. This means essentially, that legal and highly competitive jailbreaking processes for the TouchPad will be popping up fast. Surely we have all heard of "jailbreaking" your iPhone. Jailbreaking is essentially an overrated way of saying "breaking away from the restrictions or limitations that are implemented by tablet providers." It is kind of like taking the restrictor plate off a golf-cart so it can then go 50 mph. So what does this all mean?

An open platform with no support, is leaving computer geeks salivating. The possibilities are really endless. With no guidelines, or legal ramifications, their are no boundaries when creating an amazing environment, and ingenious interaction for this TouchPad. It is a wide open market, for anyone, and any app to mold into successful, profitable entities. With no limits or boundaries, there really is no saying what the TouchPad could turn into. Perhaps, nothing will become of it. Perhaps it will be the most dynamic TouchPad ever created. Until now, no one has really been able to sell a tablet for less that $500 dollars. This is usually because the major cost is the support, and upkeep that these items must have. What companies like Apple and Android have gotten right, is letting developers make the applications for them. This dramatically reduces their work, and lets all the creativity and profitable ideas come to them. However, this is all done within their guidelines.What HP might have "accidentally" gotten right, is that boundaries and limitations of platforms are becoming a problem. While some might argue against this, just look at how many people consistently jailbreak their iPhones, iPads, etc. An open platform for developers to make the best product they can with no limitations, is very exciting.

There really is no way of telling what will become of these TouchPads at this point. The one thing that is consistent, it that they are $99, selling fast, and they have an immense amount of potential. This TouchPad, is what the Model T was for Ford. Cheap, effective, and just what consumers are looking for. Letting the freedom of intuition and creativity mold your TouchPad could prove to be very effective. In the end, the people know what they want. If there is a demand for it, someone will make it. There was a demand for an inexpensive tablet, and now they are almost sold out. Only one more shipment left. Now all we have to do it wait to see what kind of amazing developments will be made by some of the brightest minds out there. HP may have accidentally created the best product on the market, by failing to produce the best platform. Only time will tell.