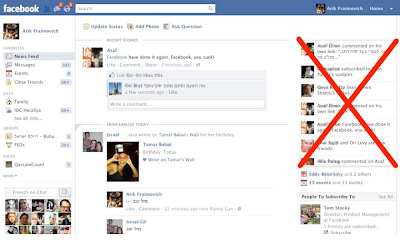 And if you are not having the Google Chrome browser then, there are few tricks which you can use the minimize the effect of Facebook Ticker which I am going to share in the next post.