We have told earlier that soon lots of hands-on reviews are going to be published on the Geeky Stuffs and here comes the hands-on review of the Huawei Sonic. All pros and cons of this phone is considered in various sections individually. So, let's start now. 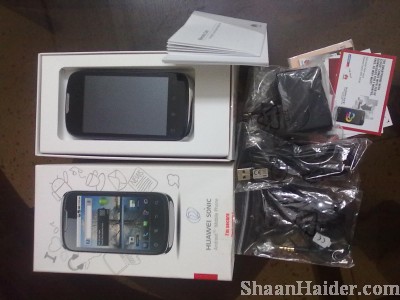 Huawei Sonic is a beautiful phone and it feels good to hold it in the hands. There are no physical keys on the front. Switch on/off key is on the top and volume keys are on the left. There are no keys on the right side. The metal used in the body contributes well in the design and gives the phone a rick look. 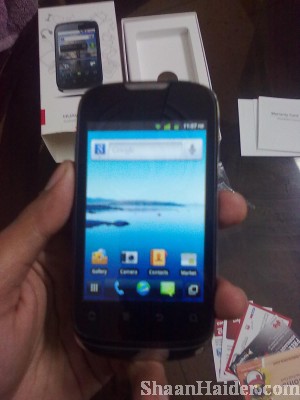 The display is really bright and works very well in bright sunlight too. You get crisp images with the help of 165 ppi pixel density.

It is having the 256MB RAM and 512MB ROM which is acceptable for entry level smartphone. But what I really did not like is the processor. Huawei Sonic is having 600MHz processor which works pretty fine in normal condition. But when you start multitasking or playing games with high graphics then, it causes problems sometimes.

It is still OK for the average user but for heavy users like me, the processor does not score much.


Camera
Huawei Sonic is having a 3.2MP camera which takes pictures in pretty good quality with the resolution of 2048x1536 pixels. The video recording is also nice at 800x480 resolution.

There is no front camera and flash in the Huawei Sonic. The worse thing is that there is no Night Mode as well. But in the abundance of light, you will get nice images from the camera of Huawei Sonic.

It is having the 5 home screen which you can customize. It is also having the built-in Huawei Launcher which is really a good one. 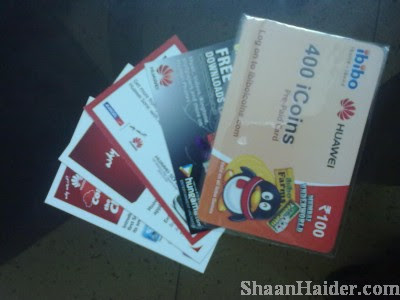 Huawei Sonic comes with various free coupons to download apps, music and games on your device. It includes the free 3GB Internet for 90 days on Aircel, around 200 downloads on Hungama.com, Rupees 100 Ibibo coupon etc.

You can enjoy the videos on the nice screen of Huawei Sonic. This phone got the Huawei Music which is having a nice UI and various features like the displaying lyrics, cutting the track, marking songs as favorite, visual spectrum, various skins etc. But it lacks the equalizer in it. It is also having FM Radio to enjoy the local FM stations. 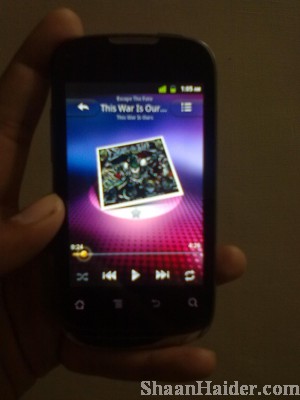 The built-in speakers are good and loud. But the earphones provided are of low quality and just can not give you a nice music experience. I tried various headphones on Huawei Sonic but none of them satisfied the music lover inside me.

Huawei Sonic is having the 1400 mAh battery which works well. In one full charge, it goes from morning to night and that is sufficient for a heavy user like me.

Huawei Sonic is a nice phone and one of the best one in its price range. The only thing which it really lacks is better processor otherwise it is better than nearly every phone of this segment. Also you get some amazing Cloud+ features with Huawei Sonic which are not available anywhere else. So if you are not a heavy user or much into gaming then, you will love this phone for sure. Go for it