I've often wondered where the new or next step in getting things that I wanted to trial would go. I’ve enjoyed playing card games online for so long now that I’ve often thought that there’s nothing new out there, until they combined something pretty high tech with my gaming experience. 3D gaming is an amazing new development which combines cutting edge technology and gaming for an all immersive hobby that I just can’t get enough of.

A Brief History of Online Gaming

Online gaming in all forms has been available practically since the internet has been available outside of universities. And online gaming has grown into a complex, global industry with lots of different varieties. From social networking sites that offer gaming as an app to your profile, or an iPhone or other smartphone/tablet/laptop device, or online as a site of its own, online gaming runs the gamut of every variation you can think of. From casual play to gaming for serious money, online and 3d gaming has opened up a field that was once the place of playing in person. 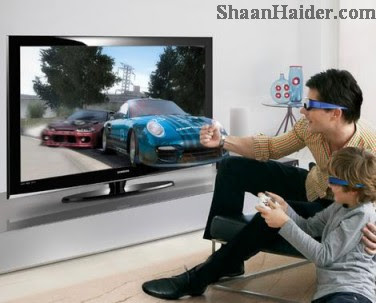 Many people play gaming for fun. I don’t. I’m a ‘serious’ player - I play competitively, so the gaming community that I’m involved in not only has to be welcoming and professional, but I have to be able to enjoy the facilities. I used to think that anything that was anything more than the game itself was pointless, and a distraction from the game itself, but recently, since discovering 3d gaming, I’ve changed my mind. I actually find I’m MORE immersed in the game than I was before – mostly because it feels like I’m actually playing in a casino, instead of in my house at home. Many people wonder if this is essential, and I used to be one of them, but I can tell you now that it is.

3D gaming is not only the next step in gameplay, but I believe it’s the beginning of a new type of casino or social playing of any kind. Imagine having your own avatar at the casino that you play at – and that avatar represents you when you’re not there in person? I can imagine it, in fact, all of my avatars are uniform, and all look like me. I think this is just one aspect where 3D gaming is critical to enjoy and understand – but if you’re forward facing with technology and social networking, you too will realise it’s only the start of what could be achieved.

It’s of vital importance to me though that my gaming experience is as immersive as possible – I like to feel like I’m there, and 3D gaming gives me that sensation. I’ve enjoyed playing in non 3D rooms too, but now that I’ve seen 3D gaming, and I have the equipment to enjoy it, I can’t go back. I’ve tried and found that I expect a more immersive experience, and that it doesn’t feel the same if I’m not playing on a 3D gaming site. I do play on social networks too, but when I’m playing for money instead of virtual chips, it’s 3D gaming all the way – otherwise, I just don’t feel that it works as well, and I don’t enjoy it as much. And why should I? It’s available, and I can play online, so I do.