What Features We Can Expect from An Apple TV Set?

There’s already talk that Apple’s next big product could be their take on the television. There’s no denying that Apple is interested in pursuing entry into this market; they already have their foot in the door with the Apple TV, which streams TV shows and movies purchased on iTunes. It seems that the logical next step would be to build the same functionality of the Apple TV into a television set for your living/entertainment room.

In Walter Isaacson’s popular biography Steve Jobs, he quotes the late Jobs as saying that an Apple-branded television “will have the simplest user interface you could imagine,” and that Jobs “finally cracked it.” Jobs wanted to create an “integrated television set that is completely easy to use...It would be seamlessly synced with all of your devices and with iCloud.”

So, what else can we possibly expect from the seemingly upcoming Apple television? 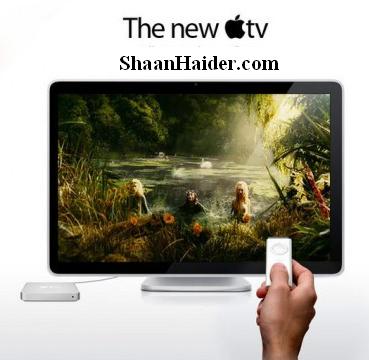 What Can We Expect From An Apple Television Set?

Part of the success of the iMac and Apple displays is their sleek, compact design. Unless Apple is planning an updated look for these products, I’d expect that the look of an Apple TV to be very similar. Additionally, it can be assumed that the stand would be optional, perfect for setting on TV stands or for mounting on walls, and the size of the stand would increase as the size, and thus weight, of the display increases.

Recent rumors contend that the Apple television will launch with a range of sizes from 32 to 55 inches. This seems like an excellent choice because, like computers, TV displays aren’t one size fits all. This will also help Apple increase its install base for the television set. As is consistent with every Apple product, you can expect a top-of-the-line HD display. OLED displays were recently rumored for the design.

I’m no expert, but I can imagine it takes a fair amount of processing power to create a consistently great image. Surely, Apple will want to ensure their television is the best. Therefore, I’d expect the TV to take advantage of their next A6 chip to make the device as fast as possible.

Just like Airplay streaming is included on the current Apple TV, it should be possible to play games from your iOS devices on the larger screen.

It’s pretty safe to assume that iPhones, iPod Touches, and iPads will interact with the TV through a downloadable app. However, because these devices are often carried with their owner at all times, and due to battery-draining issues, another form of controlling the TV will be necessary. Perhaps, some kind of physical remote control will be available to navigate the menus and control the channels and volume.

Or, because Siri is seen as the future of many Apple products, possibly an always-listening Siri will be included. “Go to the Discovery channel,” “decrease the volume,” or requests to play music or movies from your iTunes are obvious commands that could be used.

Still, I’d expect some sort of physical remote for those who cannot speak, or for those who don’t want to speak out loud during late hours or just in general at their TV.

I’m excited to see what Apple has in store for their television set. The above are ideas that I, a huge Apple fan, developed, and as is consistent with Apple’s past product introductions, we can surely expect some more game-changing features.

Author Bio : I am what you might call a finatical Apple fan, I love everything Apple! I work for Cliq Studios cabinetry in the marketing department, marketing cabinets of every form such as black kitchen cabinets and every shade between!