Apple’s intelligent voice recognition software Siri is the standout feature of the iPhone 4S. Nothing else matches its level of smart understanding of human speech, and it has the potential to completely change the way we interact with our smartphones. Siri performs a great many functions so we don’t have to do them manually – we only have to ask Siri to do it. The main difference between Siri and previous voice recognition software is we don’t have to use specific commands for her to listen. She will actively interpret what we say and respond.

All the buzz about Apple’s Siri has left Googlein the dust. Google had nothing to compare to the advancements in technology made by Siri, and Android users were feeling left out. But they won’t for long, because Google has a project of intelligent voice recognition software in the works that will face up to Siri. It’s code name is Majel, and we’re patiently waiting for her release, hopefully sometime in 2012. Will Majel successfully challenge Siri? 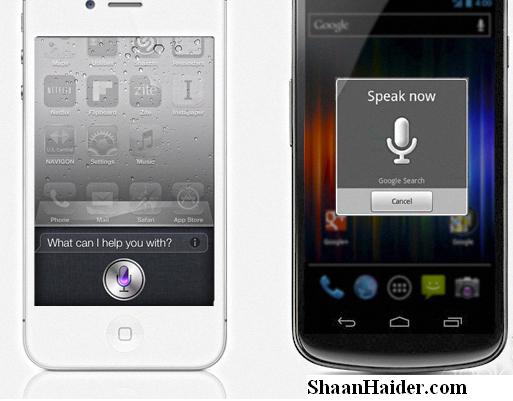 Google already launched voice recognition software in 2008 with Google Voice Search, allowing users to speak search queries into their phones. It expanded to Google Voice Actions in 2010, and this let users make calls, send texts, search, and listen to music with voice commands. The commands were preset, however, so it was not an intelligent recognition of human speech. Majel is set to expand upon this and match or surpass the intelligence level of Siri. You won’t need to command Majel, you’ll just need to have a conversation.

The Power of Google

Majel certainly has the ability to successfully challenge Siri because it has the power of Google behind it. There is no more powerful search engine than Google, and Majel is sure to make full use of this in order to fulfill your requests. When you want to search for information using Siri, she will first ask you if you’d like to search the Internet, and she’ll then return results she feels are relevant. Majel will first cut out the extra step and immediately recognize when you need an Internet search performed and do it. She is then most likely to interpret the results and actually give you your sought after answer. She will also likely use many powerful apps that Google has acquired to help refine your searches even more, with Clever Sense to find restaurants and Zagat to interpret consumer reviews.

One downside of Siri is that she does not work alongside other apps. Majel is likely to be integrated with all Android apps. You’ll be able to use it for Gmail, Google+, Doc, and much more, but also with any Android apps you download to your phone. Siri can’t do that. She’s limited in her range, while Majel will be more integrated into your Android device.

Another downside of Siri is its limited in its international knowledge. For example, maps are US-only. The lack of additional languages irks a lot of overseas users, but Majel is likely to have a greater international reach. Majel may understand more languages and incorporate more international information to appeal to users outside of the US, making it a potentially worldwide phenomenon.

While Majel will definitely have some ground to make up, and more so the longer we wait for her release, it’s entirely possible that Majel will successfully challenge and even surpass the capabilities and functionality of Siri. It’s Google versus Apple once again, and only time will tell who comes out on top.