Apple iPad 2 sold close to 1 million units on its big launch back in March 2011, breaking the record of the original iPad which sold 1 million units only 28 days after its launch. And although there are a lot of competitors that came out from different manufacturers like Samsung’s Galaxy Tab, HP’s Touch Pad, RIM’s BlackBerry Playbook, Motorola’s Zoom and many more, Apple still dominates the world of the tablet PC making 2011 the year of iPad 2.


Rumor has been circulating that Apple will not have a big event this month but will have it on March instead, in time for the unveiling of their 3rd generation of tablet PC, the iPad 3. The launch will probably be held in San Francisco at the Yerba Buena Center for the Arts and just like last year, the new tablet PC will be available for sale after a week of the launch. 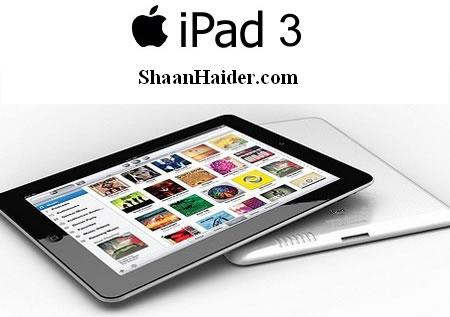 It is said that Apple already started manufacturing the iPad 3 since January and production will increase this month to meet the volume of sales that they expect following the launch.


So what can Apple fans expect with the new iPad 3? Here are some of the speculated new features that Apple Inc. will incorporate with the release of the iPad3 :


Apple has been really tight lipped ever since with all of their products and of course there is no way to know if all of these rumors are true until its launch. If at least the speculated unveiling in March will turn out to be true, then gadget lovers will just have to wait for a few more days before they can get hold of Apple’s newest baby.