For example, I have tried looking for the logo of Geeky Stuffs and the result shows the Geeky Stuffs blog posts and the Facebook page of it. 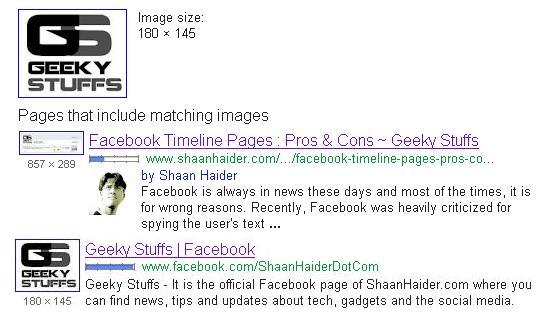 HOW TO: Find the Original Source of an Image on Pinterest

1. Go to the Google Image search. For that, just visit the Google homepage and click on the Images option on the top left.


2. Open the page of the image for which you want to run the test.


4. Now, Google Image search will look for the similar images available on the Internet and the context in which that image is used most.


5. Once the result is shown, you can go through all the results to check which one is the original source of the image.


Posted by Shaan Haider
Categories : How To :, Social Networking, Tips