Pinterest has taken the social media industry by surprise. It reached the 10 million US visitor mark faster than any single site before it. It's now the tenth most popular social network, and it brought in almost 32 million visitors during November of last year. All of this means that you can't ignore Pinterest if you're going to start talking about social media.
Also Check : Why You Should Avoid Pinterest 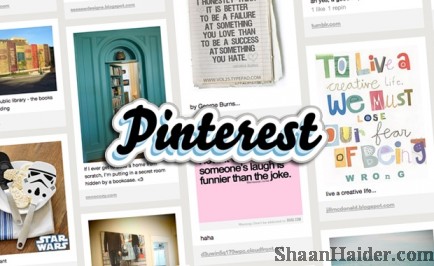 So what is it? The site refers to itself as a "virtual pin board," and might more technically be referred to as a "visual bookmarking" tool. Users take advantage of the tool by pinning images that they find on the web to the site's board and sharing them with their friends.

While sharing is a fundamental part of all social networks, it is the central activity that takes place on Pinterest. In this way, it is more like Tumblr, StumbleUpon, and Reddit than Facebook or Twitter. But Pinterest is also quite a bit different from those social bookmarking sites, which spend most of their time accumulating pieces of entertainment or news.

Instead, Pinterest primarily collects images of little knick-knacks, cute pictures, retail items, and so in. In short, the site appeals most to homemakers, not breadwinners. It shouldn't be surprising, then, that it has a very different demographic than other social networks, especially social bookmarking sites.

While sites like Reddit and Tumblr have the strongest appeal to coastal living males and those who think like them, Pinterest appeals most to women living in the central states. Roughly four fifths of the site's users are women, and roughly the same number of them fall between the ages of 25 and 54. However, as the site expands, its user base is becoming more representative of the entire population.

Much like StumbleUpon and Tumblr, the site's most important feature is a toolbar that you install on your browser. This adds a button that you can use to share photos that you find on the web. This "Pin It" button automatically pulls up a list of all the images on the page you're currently visiting, and lets you choose which one of the photos you wanted to share.

These photos then get added to your board, which you can share with the people who follow you. You can also follow others who tend to share things you find interesting, and use this information to stay on top of what you find exciting or interesting.

Much like Twitter's ReTweet and Tumblr's ReBlog, the site also has a "RePin" feature. The pictures that get RePinned the most get listed on the site's topic pages, where they are exposed to millions of viewers. Just like trending topics, this allows people to stay on top of what's popular, and can potentially bring you a lot of visitors.

Also Check : HOW TO: Find the Original Source of an Image on Pinterest 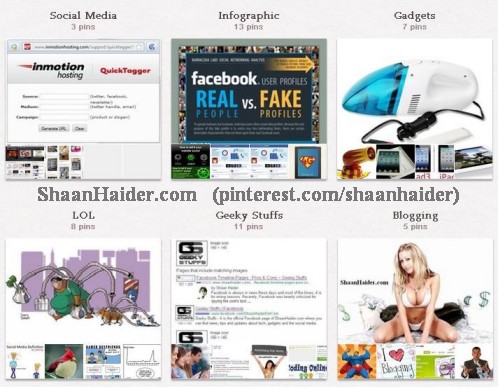 Currently, you need to get invited to Pinterest in order to join. Anybody who is already using the network can join, and it's not hard to find people who are members on Facebook or Twitter. If you approach them, most of them will have no problem sending you an invite, which can either be sent to your email or your Facebook account.

Once you are invited, you will need to sign up either using your Facebook profile or Twitter account. It doesn't matter which one you use, because you can link them both with Pinterest later if you choose. By default Pinterest will post updates to your social media profiles, but you can change the settings however you see fit. From this point forward the process is fairly straightforward.

The site has created quite a bit of buzz in a short period of time because so many retail items get posted. The site makes its money by adding an affiliate link to any photo that leads to a retail site. Retail sites receive a great deal of traffic from the site because the majority of what is being shared is links to products and memorabilia. This makes it a great opportunity for small business owners who are adept at social media and understand how to work with it.