HOW TO : Wireless Printing from iPad

Wireless printing is completely possible with iPad and tablet devices as long as the iPad has an app, which enables wireless printing, installed on it. Apps can be purchased from the iPad app store. Some are entirely free, some will cost you a few dollars. We recommend the apps PrintCentral, or Printer Pro.


How To : Print Wirelessly from iPad

The iPad has an App Store app on the iPad home screen or desktop. The app store allows users to browse through different different apps, including various print apps. Once a suitable print app is discovered, the next step is to click the price or "FREE" button.The app will then download and install to the iPad.

Many printer apps appear in the "Open In" list located on the iPad device. Through this list, the iPad app an select the printer that will print the documents.

Also Check : 10 Mobile Apps For Printing From Your Phone 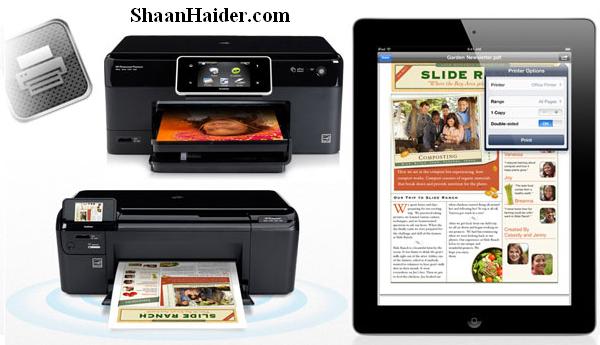 Connect to the Wireless Router

When the printer app is installed on the computer, the programs that the app prints from must support the printer app. For example, with Printer Pro, the app can print from ReaddleDocs, Mail, Safari and various online storage programs such as Dropbox and Google Docs.

The strength of the Wi-Fi signal will depend on the distance between the Wi-Fi router and the iPad. While the Wi-Fi range can vary, the general rule of thumb is that a typical iPad Wi-Fi range is 150 feet indoors and 300 feet outdoors. The range changes depending on many objects block the signal.

One issue with a wireless printer is that an unsecured printer can accidentally print tasks that are sent to the printer by users on other computers. Another issue is that hackers might be able to capture and open information that is sent to the printer.

For printers, HP has plethora of wireless printers to choose from and usually have HP coupons to lower the price a bit. Here are a few that we like:

So, if you are having an iPad and other gadgets like wireless printer and wireless router then, you can also perform wireless printing on iPad.

Posted by Shaan Haider
Categories : How To :, iPad, Tablets