Later this year Apple will once again wow consumers when it unveils the iPhone 5. We don’t yet know what new features the iPhone 5 will contain, yet it’s still a safe assumption that consumers will fall in love all over again. Even with the iPhone 4S, met with lukewarm receptions from some tech outlets, consumers opened their wallets. And so will begin another Apple device cycle.


While the iPhone 5 will be at the front of that cycle, what follows is also of importance to consumers. One thing Apple does well is make sure that all its old iPhone models receive the software updates of the newest one. When Apple released iOS 5, even iPhone 3GS users, two generations removed from the latest iPhone, got the update. That leads to a discussion of... 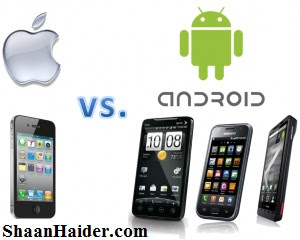 There are markets for smartphones of all levels. Even while the tech press focuses on the highest of the high end, there are still blurbs about entry-level phones from lesser known manufacturers such as ZTE and Huawei. These entry-level phones typically contain slower processors and have lower-resolution screens than their high-end counterparts. That makes enough sense. After all, something has to distinguish them from the high end of the market.

Less powerful hardware is just one aspect of what makes an entry-level phone. Typically, these phones will also contain older software. Just take a look at the selection of Samsung or LG phones. They range from high to low end in hardware, sure. But they also differ in terms of software. Even Samsung, the world’s largest smartphone manufacturer, has phones that still run Android 2.3 Gingerbread. This means that people who buy entry-level Samsung phones experience something wholly different than those who buy high-end devices.

This is not the case with Apple. It might not seem as though Apple carries entry-level devices, but they most certainly do. While the iPhone has always come in at the top of the market, Apple has done a wonderful job of keeping older models in production. When the iPhone 4S came out, carriers immediately discounted the iPhone 4 and the iPhone 3GS. The Apple model, then, is to have the newest device at the high end of the market, its predecessor in the mid-range, and the third generation as an entry-level device.

The model works well for Apple, because they issue software upgrades for these older models. That is, even though the iPhone 4S has more powerful hardware than the iPhone 4, which has more powerful hardware than the iPhone 3GS, they still run the same version of iOS. That gives entry-level device users a better and more uniform experience than their Android-using counterparts. That is to say, entry level iPhones are considerably better than entry-level Android devices.

The problem for Android is that there is no real way for them to adopt this model. They’re an open platform, meaning any manufacturer can develop. There’s no way, then, for Google to coordinate a model similar to Apple’s. It can’t tell ZTE and Huawei to stop manufacturing entry-level devices, because Google has no control over what these companies do. And so these companies manufacture low-end devices, because there is a market for them.

Consumers would likely be better off with an older high-end Android device as an entry level one. For instance, I still use a Nexus One. It’s great. It was one of the first smartphones with a 1GHz processor, which is just fine even today. Google could, if it were so inclined, release Ice Cream Sandwich 4.0 for it. And the Nexus can run pretty much any app in Google Play. The N1 might be a bad example, because there were so few sold, but the overall point remains. These older devices, previously high end, could serve the lower end of the market today.

Beyond Google’s lack of control over device manufacturing, another aspect that stands in the way of the Apple model is software updating. Android is slow to come to new phones. Many new high-end phones today are still running 2.3 Gingerbread, while Ice Cream Sandwich 4.0 has been around for many months. Because there are so many steps in updating Android -- each device needs a version, which needs approval by carrier and manufacturer -- so many device lag behind the newest version. That hurts the platform overall, but it especially hurts older models, where the priority is lower.

While Apple’s cultish following keeps it ahead on the high end of the market, it’s efficient software updates and continuing production of older models keeps it relevant on the lower portion. That means consumers of all types can get an iPhone and have similar experiences. As more and more people adopt smartphones, this could play further to Apple’s advantage. If they have high quality devices in all ranges of the market, more people are going to choose them.