8 Things I Hate About the iPhone

I have a confession to make. I have an iPhone, and I think I might love it more than any other of my worldly possessions. I am a self-confessed addict.

Although I love my iPhone, we have something of a volatile relationship. For every time it makes me grin and gives me that warm fuzzy feeling inside, there’s a time that it’s made me growl in frustration and bang my head against a brick wall.

For those that believe the iPhone is God in telecommunication form, I am going to challenge your views. There are bad things about iPhones too you know – and here’s eight of the worst.

8 Things I Hate About iPhone 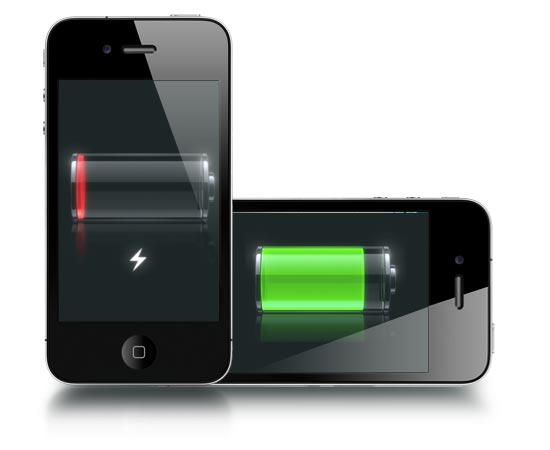 If you have any sort of iPhone, you may have come to terms with the fact you need to lug your charger everywhere with you.

However, there are occasionally those days where you are not near a power source, and as the evening draws in, your nervous sweats and shakes begin. You leave you friends crying “She’s dying!” You then make a beeline for home, cradling your poor iPhone as life slowly beeps away.

Sometimes you’re just not quick enough, and in that moment of grief, contemplate getting an Android for your next phone. But as soon as she’s charging again, all blasphemous thoughts are banished – the love of your life is back!

You want to know the real reason why hipsters wear glasses? So they can see their iPhone screens. I genuinely want to sob in a corner when I see anyone on a giant-screened Android phone – why iPhone? Why do you make it so difficult to navigate with man fingers?

When a text messaging system has a website, DamnYouAutoCorrect.com, dedicated to how terrible (albeit hilarious) it is, you know it’s not just the tiny buttons and your man fingers – hurrah!

4. Having to Get An Upgrade

Potentially the worst thing about iPhones is that once you pop, you can’t stop. Even if they are as irritating as hell, I do not know one person who had an iPhone and then went back to an Android/Blackberry (if you’ve broken the spell, then kudos, and also commiserations because you are no longer cool).

I may not be one of those fools that queue outside an Apple Store from 3am on the day of the new launch, but I do bite my fingernails with eager anticipation of getting an upgrade on my ridiculously long contract, fishing out every new little titbit of information the internet has to offer on the new model.

And yes, I have considered getting a new contract out before the end of my old one just to get the new phone. But I didn’t. Definition of willpower that is. This is why I would never buy an iPhone outright. How many screens have I broken? Four. How? By dropping them. Not from great heights, not by throwing them down stairs or out of windows. Simply by dropping them.

The only real reason for getting the iPhone 4S, we’d had our hearts and minds filled with dreams of a new friend to talk and play with, one who would do anything you’d ask at just the touch of a button. That was until we actually tried it out.

Turns out she’s a true American, and doesn’t understand anything outside of the US. Accents? Nope. Places? Nope. Bloody brilliant...

I appreciate that 4G is something that Apple is building up to, but that does not stop me from being pissed about not having it. Waiting an entire 60 seconds for a page to load is just plain distressing – I feel like I’m still on a modem connection, you bastards. I’m almost ready to set up my own reliable web hosting service.

8. The People that Own Them

I may be an iPhone owner, but I am more often than not ashamed to admit this in light of what other users are like.

I’m talking about the true obsessives, the ones who queue outside Apple Store for the launch of the new i-whatever device. The ones who shush you, just so they can talk to Siri. The ones who, on a daily basis, greet you with “Look what amazing new app/game/wallpaper I got on my iPhone. See? On my iPhone” with pride equal to displaying the first photo of their newborn child.

It’s just plain embarrassing. Great, you got an iPhone. Now shut up about it before I hire someone to mug you for the pure pleasure of seeing it get stolen.

Right, I’m going to calm down now. But meanwhile, have you got any worst points to rival these?