How Apple Has Changed Post-Steve Jobs


The passing of Steve Jobs was a tragic time for many Apple fans and quickly turned the man into something of a legend among aficionados. As well as mourning their idol though, fans also turned their attentions to their favourite company and were no doubt concerned to see where Apple would head without its leader at the helm.

With the recent Apple event and the official launch of the iPhone 5 iPod Nano and iPod Touch, and with the high profile lawsuit against Samsung, the company has recently been the focus of a lot of media attention. The question is, how are they fairing? How Apple Has Changed Post-Steve Jobs

Financially, Apple don't seem to be fairing too badly, and in fact they announced in August that their share prices were actually at an all-time high. Whatever I say in the rest of this article then, be under no illusion and understand that Apple is far from being 'at risk' in anyway. That said, it's probably too early for any post-Jobs decisions to have impacted the share prices that strongly either way. So it's still early to say what the long term finances are looking like. Nevertheless it shows that investors certainly have faith still in Apple products and clearly anticipate good things for the iPhone 5.

While the iPhone 5 no doubt sounds like an impressive design, many of the comments on YouTube seemed to convey a sense of disappointment and were markedly underwhelmed. The reason for this was likely due to the simple fact that mostly everything announced about the iPhone 5 was already known through leaks from the name (which should really be iPhone 6) to the two-tone aesthetics, screen and various software updates. There was no 'Wow' factor because we already knew everything, whether or not this has anything to do with the absence of Jobs is hard to say, but he certainly was a stickler for secrecy...

Commenters are also pointing out that ultimately the iPhone 5 has little different to offer when compared to previous devices. The phone is just 'generally improved' rather than having any single shocking feature, and while 4G LTE is certainly very exciting the iPhone 5 isn't the first device to sport it. While not everyone will agree, a valid argument could be made that Apple aren't innovating in the same way that they once were – which could be a serious flaw in the face of so much quad-core competition. 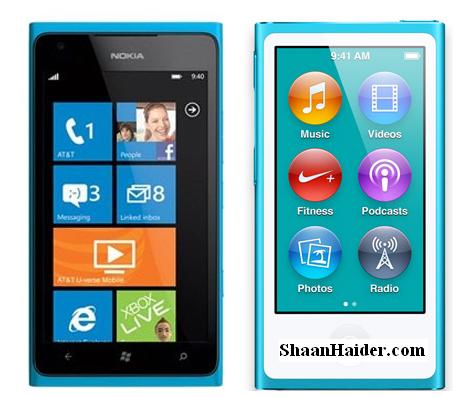 You might also argue that Apple is no longer quite as clear on its identity as it once was. Apple have always been great on branding – and the 'earpods' are a nice little touch – but some of their recent design changes have been met with caution rather than unbridled praise. Take for instance the new iPod Nano which many people are saying looks remarkably similar to the Nokia Lumia – but uglier. Not only does it seem to lack many of the Apple aesthetics that fans know and love in favour of a copycat strategy, but it could also be seen as rather hypocritical of the lawsuit-happy company so it will be interesting to see how this goes down with punters, and future devices will reveal whether or not Apple have lost their design edge.