Mini speakers are getting popularity because of good quality sound and portability. Few days back, I have received the Figo Solar and Photon mini speakers for the review purpose. And after using them for awhile, I am going to share the review of both of the gadgets here.

Since both the devices are same basically according to all the specs, I am going to share the review of both in one single post. Both of them will be mentioned separately too in the post for their specific features. 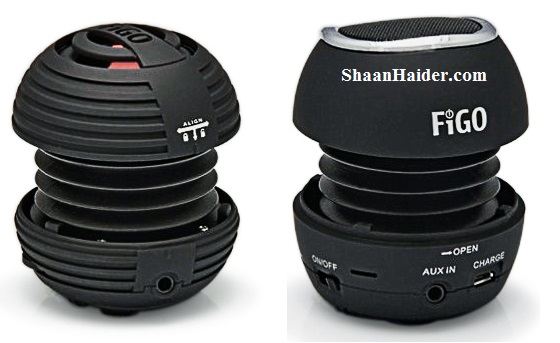 The box of the Figo Solar and Photon contains a speaker unit, USB cable with AUX audio jack and a pouch to carry the speakers. You also get a wristband embedded “Music Addict” or "Music Evolution" on them with these speakers to get a boost to your music lover personality.

Figo Photon and Solar both are having the 40mm speakers with the power output of 3 watts. Though it may sound very less to some music addicts but the audio output is loud and clear. These devices are having the standard 3.5mm audio jack. So, you can use these speakers to virtually any device like laptop, mobile phone, tablet, mp3 players etc.

The speaker is given on the top and all other functions like on/off switch, miniUSB port etc are provided at the bottom of the device.

Both of the speakers are round in shape when closed. You can twist the speakers from the middle to open the expandable resonator to provide the bass . Both of the devices use the Bass Xpansion System used by the XMI X-Mini Speakers but the sound quality is better and louder in the Figo Solar and Photon.

The bass on the both speakers comes nice. And even though turn up the volume to the full, these is not much noise and you get the good quality audio output.

Figo Solar uses some metal in its design. Due to this it is a bit heavier than the Figo Photon but also looks better. Though when closed, Photon looks cuter than the Solar. 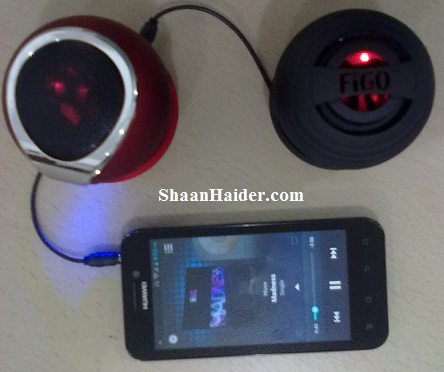 Figo Solar and Photon both support the Daisy Chain arrangement which means that you can connect lots of these speakers to each other and make a huge chain of them. This is good for the situations when you want to enjoy your music louder.

And since both Photon and Solar are basically the same device, you can connect them to each other as well to form a Daisy Chain arrangement.

The battery used in both speakers are of 400 mAh and gives you hours of non-stop music in one full charge. And it takes just few hours to charge the battery fully. The best thing is that you can even use your device to listen music while charging it.

If you are looking for a portable mini speaker to carry it anywhere to listen music or just to enjoy louder sounds on your mobile phone or laptop then, Figo Solar and Photon can be a good option for you. They are available for order on the official Figo website, figoglobal.com