HOW TO : Get the Moto X Touchless Control on Any Android Smartphone

Whenever Google comes out with a new device, it creates lots of hype in the smartphone market as people expect something new and better with each of its release. The very same thing happened with the launch of the Moto X.

Few of the most highlighted features of Moto X are the Active Notifications and Tocheless Controls. The later gives you the ability to activate Google Now by your voice.

The even better thing is that you do not need to have your phone on for that. So even if your phone is switched off, all you got to do is to use your voice to directly activate and use the Google Now on your Moto X without even touching it.

Though many people will find it a bit more of a luxury but there are many who would love to have this feature in their phone. And the good news for the later ones are that now they can get the Moto X Tocuhless Controls on any Android smartphone. 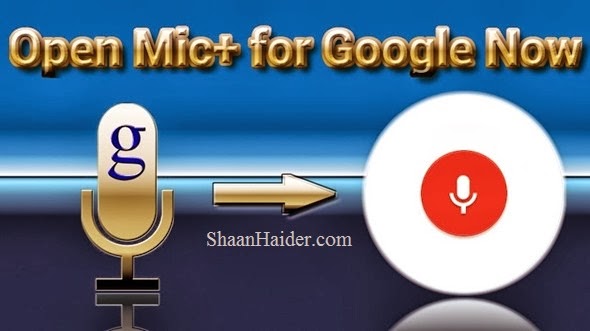 Open Mic+ is an awesome Android app developed by the XDA-Developers member RsenG2x which brings the functionalities of the Moto X Touchless Controls on Android smartphone.

The working of the Open Mic+ is very simple. It is always listening to your voice and whenever you speak the words “OK Google”, it will launch the Google Now app on your device. You can just wave your hand in front of the screen for the very same purpose.

Open Mic+ is also integrated well with the Tasker app. So, you can perform even more tasks than just launching the Google Now app from the power of your voice. It is also having an offline mode which you can use to save your data usages while Open Mic+ is performing its task.

This app is available on the Google Play Store but has been removed from there. But you can still download it directly from the XDA-Developers page by visiting the link given at the end of the post.

One of the biggest drawback of this app is that it is going to suck the battery life of your Android device as it is always running in the background to listen your voice commands and the phone’s microphone is constantly working.

Open Mic+ is totally free to download and use. It is also having no ads, no in-app purchases etc to annoy in any way. If you want to give it a try, then download the app to enjoy the Moto X Touchless Controls feature on your Android smartphone.