HOW TO : Add iPhone 5S Slo-Mo Video Recording to iPhone 5


Since the launch of the iPhone 5S, people are exploring and talking about its features. One of the highlighted feature of the iPhone 5S is the ability to capture the slow motion video, popularly called as Slo-Mo video recording.

But what if you are not having the iPhone 5S or not planning to buy one in the near future but would still want to have the Slo-Mo video recording feature on your old iPhone 5? Well, there is always an app for that. 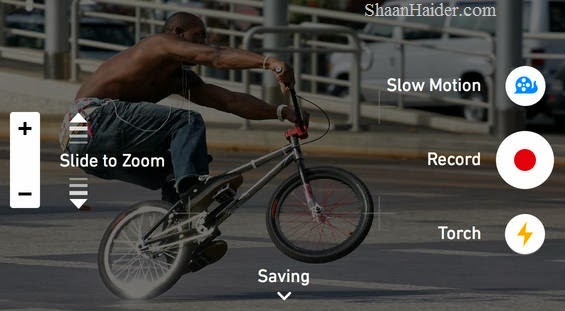 There are few highlighted features of the SlowCam iPhone app. One of them is having the “Torch” functionality which let you use flash of the device while recording the video. Still I do not know the logic behind giving it a name like Torch instead of just mentioning as the flash of the device.

15 Features Missing in the iPhone 5S and iPhone 5C (Infographic)

Comparison of Every iPhone Ever Released in One Speed Test Video

One of the benefit of this app is that it renders the video in the background. It means you can start recording the next video even when the previous one is still being rendered. You can also set focus and exposure point together or separately according to your wish.

Though this app is now available for only iPhone 5 and above, it is nice that iPhone 5 users can enjoy the slow motion video recording on their iPhone 5 without buying the iPhone 5S.

SlowCam is available in the App Store at the price tag of $1.99 and you can download it from the link given below


Posted by Shaan Haider
Categories : Applications, How To :, iPhone