HOW TO : Check if your Android Phone is Affected by HeartBleed Bug


One of the biggest thing happened on the Internet in the past few days is the HeartBleed bug. Though the name of this bug sounds like a Rock band, it is not going to make you feel good in any way.

If you do not know, Heartbleed is a recent security bug found in the open-source OpenSSL cryptography library which is widely used to implement the Internet's Transport Layer Security (TLS) protocol. So, you can get the idea that the Heartbleed bug can affect the security of your online accounts. The first thing you should right now is to change the password of all your online accounts like social networking sites, online banking accounts and email passwords. 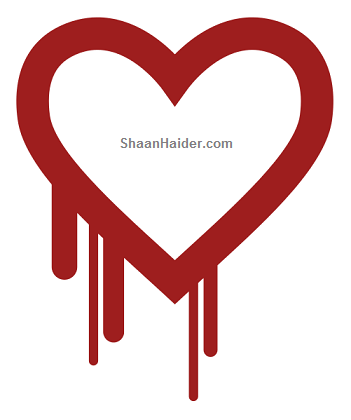 Heartbleed bug affects the security of servers, websites as well as the smartphones too and every other thing which is using the open-source OpenSSL cryptography library. Google recently admitted that Android smartphones running on Jelly Bean 4.1 and higher can be at risk and Google is going to roll out a patch to fix any security issues. But it is going to take some time. So, it would be better if you check by yourself whether your Android smartphone is affect by the Heartbleed bug or not.

1. If your device is not affected by the Heartbleed bug and totally secured then it will show the below result. 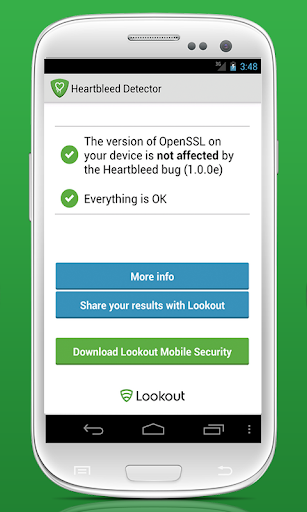 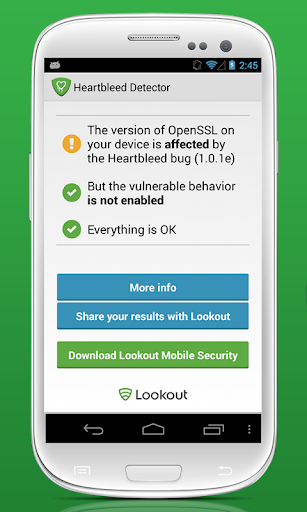 3. If your Android device is affected and Heartbleed bug and the vulnerable behaviour is activated too then , you will see this result on your screen. 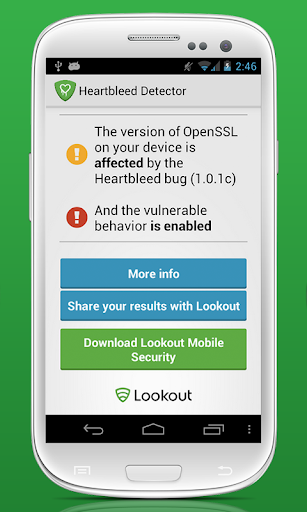 The unfortunate thing is that we can only check the security issue status of our Android devices and we will have to wait for the patch to come officially from Google to fix the security issues with OpenSSL protocol because of the Heartbleed bug. Still, it is better to know how secure is our smartphone and other Android devices from the Heartbleed bug.