Beta versions are what we all love to use as it gives us the early access to a product which will be officially available to other people in the future. Microsoft always releases its developer and consumer previews of Windows for beta testing to give an experience to end users that how will be the upcoming product in terms of usability and changes.

But now Apple is coming out with a new idea using which any Apple user can use the beta versions of the Apple software without paying any money. The biggest reason behind the change in Apple’s approach regarding the beta testers that it is going to help Apple in finding bugs in upcoming Apple products.

HOW TO : Create An iTunes App Store Account Without A Credit Card 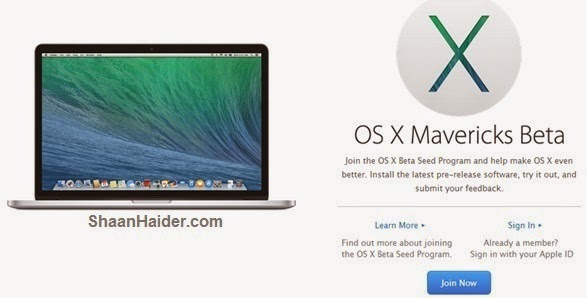 The OS X Beta Seed Program, the official link to the program page is given at the end of this post, is the new program in which interested Apple users can participate to try their hands on the beta versions of the Apple products. This program let you download OS X beta version officially and legally without having an Apple developer account. It also means that multiple beta versions of Apple software will come out for the developers.

To participate in the OS X Beta Seed Program, you need to be at least of 18 years or older. Also, you need a valid Apple ID using which you can participate in this program. Once you are part of this program, all pre-release updates from Apple will appear in the Mac App Store on your computer. You can also leave the OS X Beta Seed Program anytime you want by visiting the Leave Program option.

So if you are an Apple fanboy and would love to try your hands on the upcoming Apple software products then, OS X Beta Seed Program is for you to help Apple to make better products.