Another thing which highly disappointed the Nokia and Android lovers is that the Nokia X series smartphone are not having the official Google Play Store. Instead of that, it is having an app store of its own from where you can download the Android apps and games on your Nokia X devices. 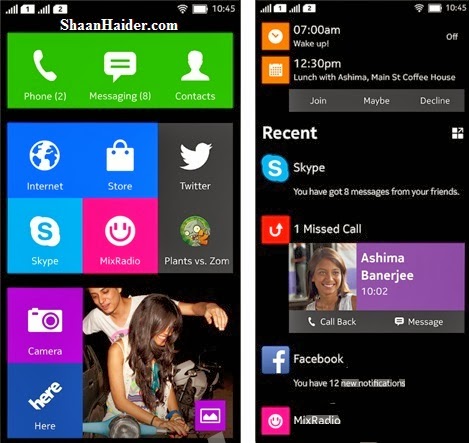 If it sounds interesting to you then, just follow the steps given below to root your Nokia X series Android smartphone and install the Google Play Store on the Nokia X, X+ and XL Android smartphone. Keep in mind that rooting your Nokia X phone will void its warranty and you are the responsible person for performing this task on your Nokia device. If anything goes wrong or your device gets bricked then, the Geeky Stuffs will have no responsibility of it.

HOW TO : Root Nokia X, X+ and XL Android Smartphone

1. First of all, charge the battery of your Nokia X phone to full.

2. Take the backup of all your important data like contacts, SMS, call logs etc.

3. Now, enable the USB Debugging mode on your device by going to Settings --> Applications --> Development.

6. From the option showing on the dropdown menu, select the install SuperSu and then select Gandalf as shown in the below image. 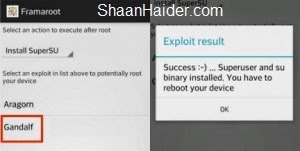 7. Once the installation of the SuperSU is completed, you will receive a notification messages saying “Success :-) … Superuser and su binary installed. You have to reboot your device” as shown in the above image. Just tap on the OK button to restart your phone.

1. Install the ES File Explorer app on your phone now and open it.

2. Enable the Root Explorer in the ES File Explorer.

3. Copy all extracted application from Nokia X_Gapp zip file to the system using ES File Explorer. Then, change permission of all the applications that you copied earlier as shown in the below picture. 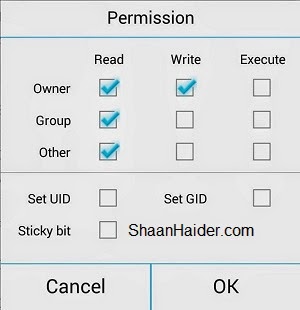 4. Now, install all apps extracted from the Nokia X_Gapp zip file. Once the installation of all apps are finished, reboot your Nokia X phone.

5. After the reboot, you should be able to see the Google Play Store on your Nokia X, X+ or XL device. Just open the app and use your Google account to start using it.