Google launched the Nexus 6 smartphone recently and at the very same event Google also announced a new Android tablet under the Nexus series, called Nexus 9 which will be produced by the Taiwanese company HTC. Nexus 9 will be the first ever tablet equipped with the latest Android version 5.0 Lollipop. It will have screen measuring at 8.9 inches in size.

According to Google, the Nexus 9 will allow you to use it using only one hand without any issue. Nexus 9 will support a magnetically attached, fully-responsive keyboard which can be used to type from different angle. This keyboard will be sold separately. 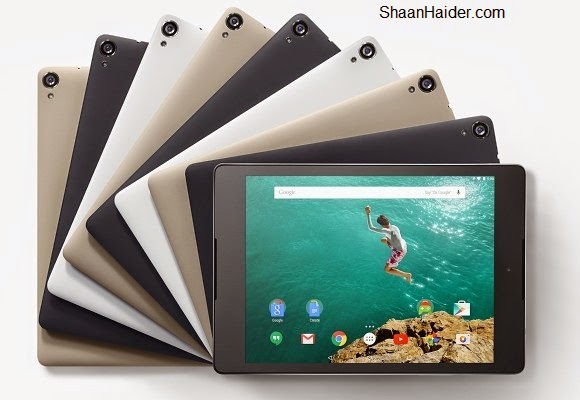 Nexus 9 is having the IPS LCD screen with a resolution of 1440 x 2048 pixels resolution. The device is powered by a 64-bit Nvidia Tegra K1 2.3 GHz processor and 192-core Kepler GPU for great graphics. The rear camera is an 8MP camera and on the front you will get a 1.6MP camera for video chatting and taking selfies

The advance booking of Nexus 9 will be started from 17th October and the device will be available in November itself.