Nokia Lumia 830 is popularly known as the “Budget Flagship Device” of Nokia as it is a mid range device but comes with some nice specs. We had the opportunity to try our hands on the Nokia Lumia 830 and in this post we are sharing the hands-on review of Nokia Lumia 830.

All of the features, pros and cons of the device will be shared in various sections along with the hands-on review videos. So let’s have a look on the Nokia Lumia 830 review now. 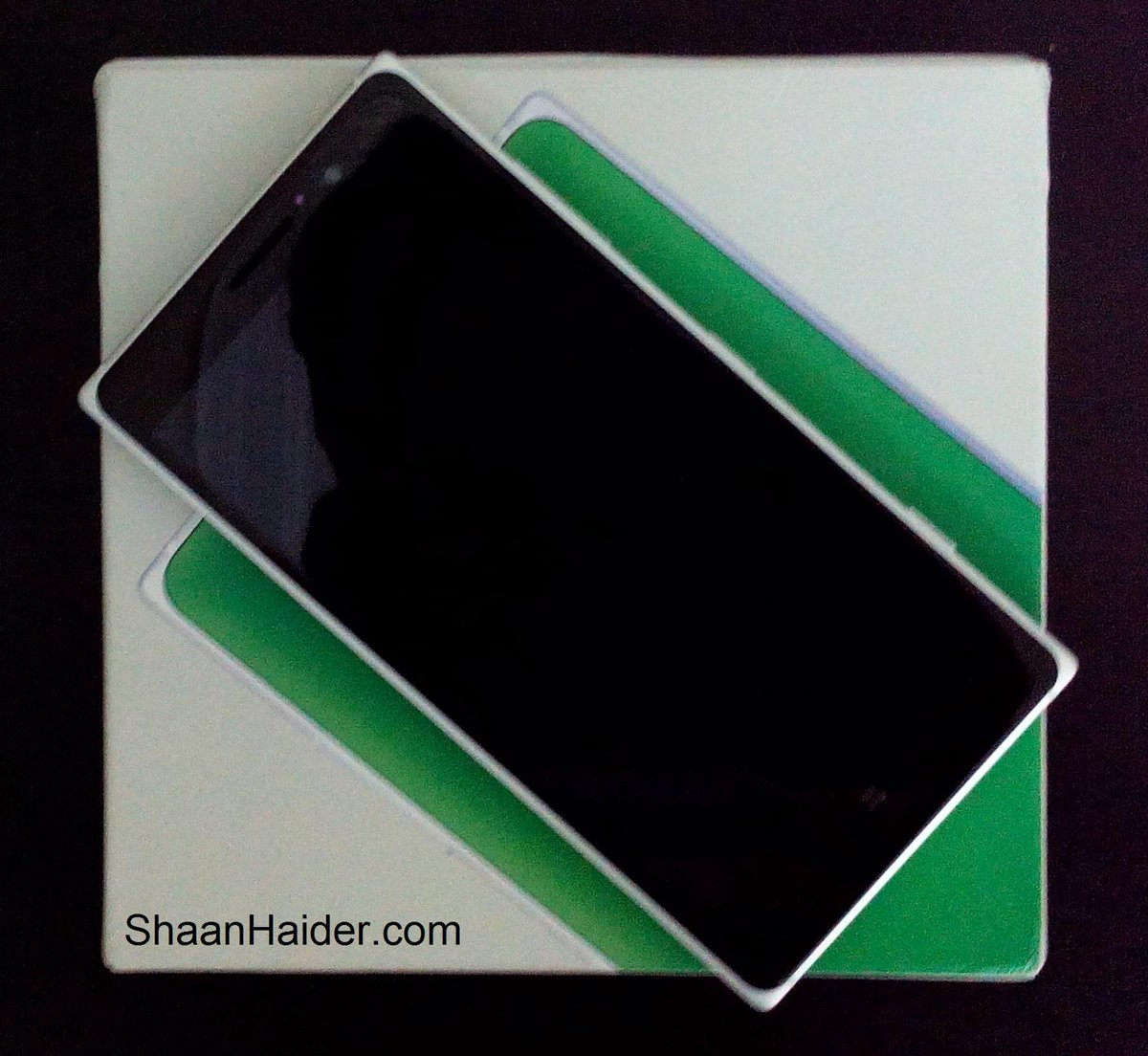 Have a look on the unboxing of Nokia Lumia 830 in the below video.

Nokia Lumia 830 sports a typical Lumia design and comes with a Aluminum metal frame for a richer look. On the front, there is 5-inch HD screen protected by the Corning Gorilla Glass 3. Though the device is same in terms of screen size, the overall height is more and thickness is less comparing to Lumai 930.

On the back side, you will find a 10MP camera which comes with the PureView and ZEISS branding as well. Though the real space captured by Lumia 830 camera on the back panel is more than the Lumia 930, it is still lower than the Lumia 930 in terms of specs. 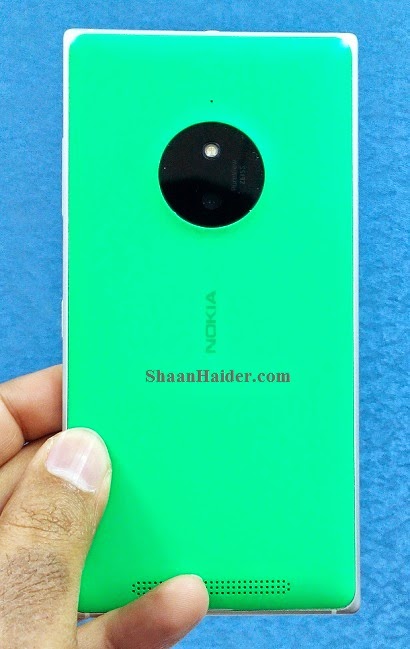 The rear cover is removable, provides good grip, fingerprint resistant and you can use different color covers if you want. The rear covers are available in Orange, green, white, black, gold colors. The SIM card slow and memory card slots are given inside and you will have to remove the rear cover for this purpose. The speaker is given at the end of the back and supported by the Dolby Digital Plus.

Power on/off key, dedicated camera key and the volume rockers are given on the right side while keeping the left side of metal frame empty. The USB port and audio jack are given at the top of the Lumia 830. The popular curved at the edges of the Lumia phone’s screen is also there in Lumia 830. The proximity sensor and 0.9MP front camera placed next to the NOKIA brand text.

Nokia Lumia 830 sports a Qualcomm Snapdragon 400 Quad-core 1.2 GHz Cortex-A7 processor, Adreno 305 GPU and 1GB of RAM. The device runs on Windows Phone 8.1 and comes with latest Lumia Denim update. Though the processor is used a bit old now, the less resource hungry OS helps the device in performing nicely even with the moderate hardware specs only.

Though the RAM used in Lumia 830 is just 1GB, it performs pretty well and you will not feel any lag or issue even though while playing high end games like Asphalt 8. We compared Lumia 830 with Lumia 930 for speed test and benchmark tests, though the difference in hardware is huge, the performance was pretty much similar.

The screen of Lumia 830 is protected by the Corning Gorilla Glass 3 which performs pretty well. We tried knife and keys on the screen of Nokia Lumia 830 in the hope to get some scratches but the Gorilla Glass protection worked perfectly. You can watch the Lumia 830 knife test and key tests in the below videos.

The display is bright and sunlight visibility of Lumia 830 is really nice, thanks to ClearBlack display. Also the viewing angles are good enough to let you use the device from any angle without any issues.

Nokia Lumia 830 is PureView device which uses the 10MP ZEISS lens for imaging purpose. It comes with new features like Living Images and is also upgradable to the next gen Lumia Denim camera. The 10MP rear camera of Nokia Lumia 830 is capable of taking still images at 3520 x 2640 pixels resolution and 1080p full HD videos at 30fps.

For selfie lovers, there is 0.9MP front facing camera which captures really nice images even with smaller MP than most of the phones available in the market and also supports good quality 720p HD video recording.

The only drawback of Lumia 830 camera is that it will not have the 4K video recording with the latest Lumia Denim camera like Lumia 1520 and Lumia 930, because of the old Snapdragon 400 chipset used. And like rest of the Lumia devices, this phone also sucks in panorama mode.

Though the Lumia 830 comes with a bit old CPU and GPU, it performs pretty well when it comes to gaming. We played some high end and average games like Asphalt 8 : Airborne, Subway Surfers etc and Lumia 830 did good in all of them. The display and the Dolby Digital Plus sound provides a nice gaming experience.

The touch sensitivity, gravity sensor and rest of the sensors works smoothly and you will feel no lag, heating problem etc while playing high end games for long on your Lumai 830.

For music lovers, there is Mix Radio and Xbox Music apps. The audio quality coming out of speakers or headsets is loud and clear. Once Dolby Virtual Surround and Dolby Dialog Enhancer are turned on, you will enjoy the audio quality of Lumia 830 even more.

But there are few things which lacks in Lumia 830. For example, the default Xbox Music app, doesn’t support the FLAC files and the video player doesn’t support MKV files. Other than these, Lumai 830 is a nice device for listening music, playing games and watching full HD videos.

Nokia Lumia 830 comes with a Li-Ion 2200 mAh battery which performs really good and stand more than a day easily after the combination of moderate and heavy usage. If you use camera a lot, stream music or play high-end games for more than an hour then, you will have to plug the device for charging before going to the bed at night. But it is still a very good performance.

Nokia Lumia 830 is really an affordable flagship device as it comes with some nice hardware specs, premium design and still doesn't make a hole in your pocket. Though it is surely going to lack some future upgrades because of its old hardware, it performs really nice in present.

If you do not fancy Lumia 830’s camera and metal frame, you can go for Lumia 730/735 which sports pretty much similar specs and hardware. And if you want a phone with better performance, guaranteed future upgrades and a better camera, go with the Nokia Lumia 930.