Few images of Huawei Nexus device are leaked on Google+ by a user who is claiming that he received these images from one of his friend on popular instant messaging app Tencent QQ. 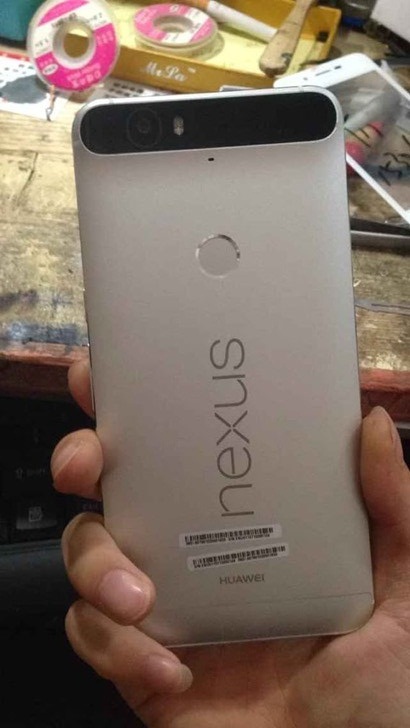 These pictures are showing few of the features and hardware specs of the device along with the design. The leaked images of Huawei Nexus shows the Nexus branding at the back panel along with a fingerprint sensor . There is also a secondary microphone visible on the back panel which is used mostly for the noise cancellation.

There is a hump at the top of back panel which consists of the camera along with the flash and probably a speaker. The screen is long enough to give an idea that this device is having a 5.7-inch or bigger screen in size. On the front side, a front facing camera is visible along with a set of speakers placed one at the top and one at the bottom. Previously leaked specs of Huawei Nexus claimed that the device will have the Snapdragon 810 processor and a 3500mAh battery.

But so far we are having only having the leaks and there is no official information provided by either Android or Huawei yet regarding the next generation of Nexus devices. Hopefully soon, we will have more details regarding the Huawei Nexus smartphone either officially or from few more leaks.