Top 10 Reasons Why You Should Buy the LeEco Le 1S


LeEco, formerly known as LeTV is one of the brands who have recently started selling their phones in India and interestingly the brand is doing a great job! The Beijing headquartered manufacturer and seller is giving a good competition to other well-known brands like Lenovo, Samsung, ASUS in the sub-12K price segment.

I’ve got the Le 1S, one of their best offerings from LeEco with me and I’ve found a plenty of reasons to buy it, I will be sharing with you the reasons below. So let’s get started. 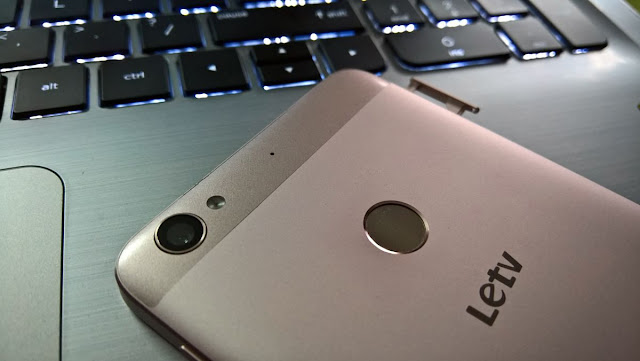 Let’s start with the looks and feel first. The device has got a full metal unibody design and it feels just too good and premium in hand. If you take a closer look you will understand how hard LeEco have worked while designing the device.

Most of the people who have seen the device for the first time thought the device to be costing more than Rupees 18,000. But in reality the device was launched for a price of Rupees 10,999 and for that price I think the build quality, overall looks and feel is really awesome. 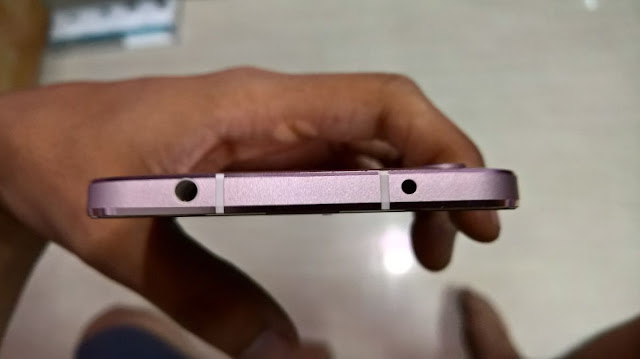 Well, this one is a very useful feature and I use it a lot. Very few phones have an Infrared Blaster and the Le1S is one of those devices. With the IR Blaster you can control your Television, Air Conditioner, and most of the devices which can be controlled over a remote.

I have tested the IR Blaster with my Sony Bravia TV and this works accurately. It has in-build app too so we don’t need any third party apps to use the phone. Looking at the price point this feature is really awesome to be in a 11K smartphone. 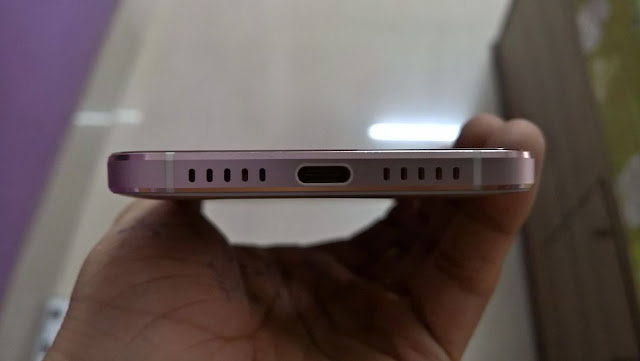 The device comes with a USB type c port rather than a Micro USB port and also has support for fast charging which is really good. I love the USB Type-C port in smartphones over Micro USB as it has better data transfer rates as well as it can be plug in from either side (I mean upside down too).

However, LeEco didn’t provided me the charger so I used the fast charger that came with my Microsoft Lumia 950XL and it took about 2 hours 30 mins too get charged from 0% to 100%. May be as I didn’t used the official charger it took a lot more time. I hope LeEco will be providing me supported chargers from next time. 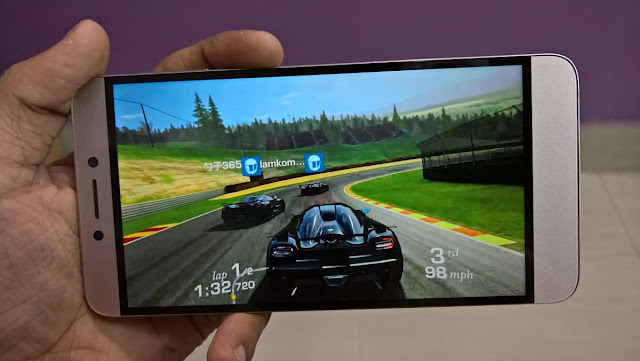 The device comes with a octa core 2.2 Ghz MediaTek Helio x10 Chipset and 3GB of RAM which is more than what you get for the price you pay. I tried playing some intensive and resource hungry games after checking out about the hardware and as expected the phone handled each and every game which I threw on it quite easily.

However, as the GPU is not that good enough and at times I also noticed some frame drops and a bit of lag. But don’t forget about the price point! Yes, not many devices at this price point can handle intensive games like Asphalt 8: Airborne, Modern Combat 5 and Real Racing 3. 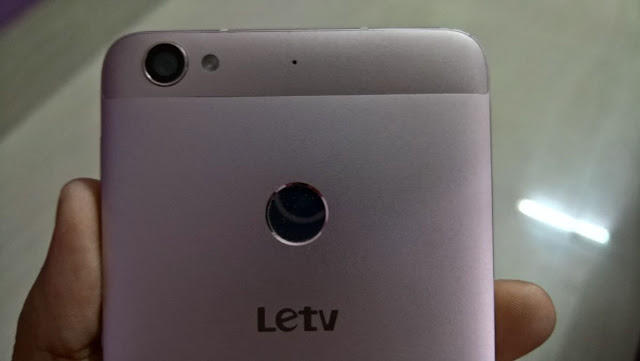 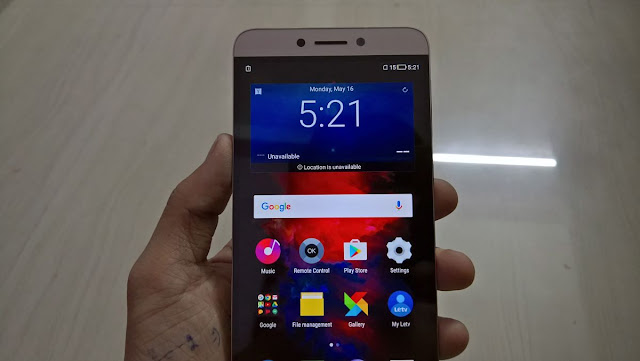 For the day to day usage part the device is more than awesome! As mentioned earlier the device packs a MediaTek Helio X10 Octa core CPU clocked at 2.2 Ghz along with 3GB of RAM. When you will use the device you will find it to be smooth and responsive.

However, I faced occasional lags and I think that’s because of the very heavy EUI which the Le1S runs on top of Android 5.0. Even when you close all apps and clear the RAM you will not get more than 1.6GB of RAM free out of the 3 GB. Which I’m not a big fan of and I think if LeEco updates and makes the EUI a bit lighter there won’t be any sign of this small bit of lag. 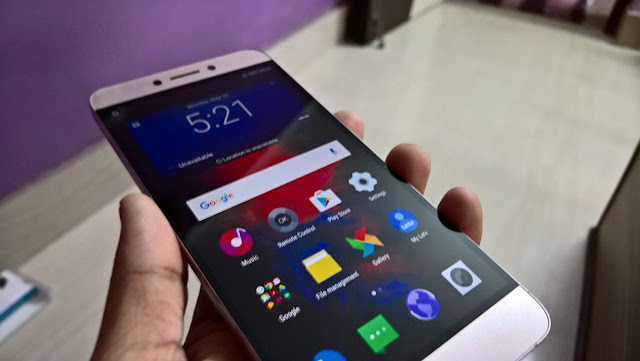 The display is something which will catch your eye when you use the phone. The LeEco Le1S has a 1080p, 5.5 inch display and it has a pixel density of 403. Well for 11K device this is a lot! And not only in papers the display looks superb in real too. You will see sharp pictures, good depth and a good balance of colors. However, the display sometimes tries too over saturate the colors but that’s okay. Even in bright sunlight the display is clearly visible and yes! Le1S impressed me with the display. 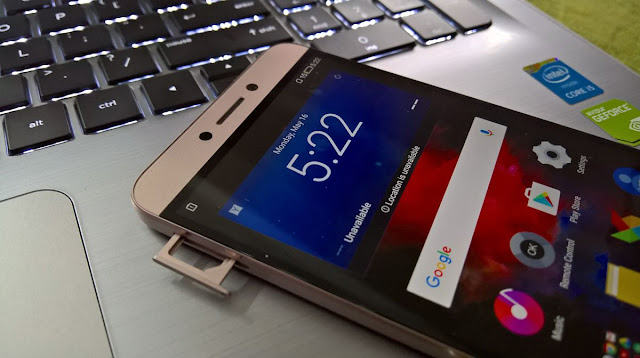 In India, LTE is now growing widely and a lot of people are actually adopting LTE. I’m one of those people. I use Vodafone and Airtel, two of the biggest network providers in India and currently they are the best LTE network providers here. In these days, we can put two SIM cards in a smartphone and that’s really helpful.

When we use the phone with mobile data, mostly the first sim gives you more data transfer rates and the second one less data transfer rates, as both sims may not support the LTE band. The Le 1S not only supports the LTE band but also has support for LTE band in both SIM slots. What that means is, you can use 4G data using any of the two sim cards of your phone. So, you got another plus point of buying the Le 1S.

The LeTV LeEco Le 1S packs a 13 Megapixel rear facing camera along with LED flash, autofocus and a 5 Megapixel front facing camera in the front. As per as the rear camera is concerned, it works quite well and captures images with good details and nice color production in daylight conditions. However, in artificial lighting the camera takes in a lot more noise and the images are not that good.

About the front facing camera, the camera works pretty well and does your job. Same thing happens again here, in bright lighting conditions this camera too works really well however in low light it captures more noise, just like the rear camera. I don’t like the camera too much but considering the price aspect I’ happy with what it does. 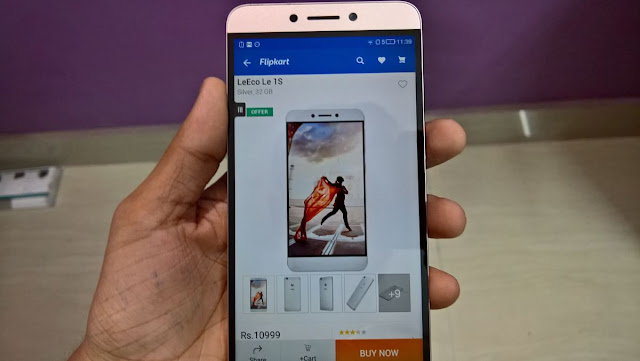 The last and most important reasons to buy the Le 1S is its price point. The device sells in India through Flipkart and it costs Rupees 10,999. The price is just perfect and you will not regret what you get for the money.

The device may not be a Perfect device and it has some cons but it also offers you so many good things which you shouldn’t miss. LeTV LeEco Le 1S is really one of the best phones I’ve seen manufactured by a Chinese OEM. I hope LeEco will be providing good support to their customers and regular updates!

What do you think of think of the device? Let us know in the comment section below. Also keep an eye on our blog as I will be coming up soon with a new article 5 reasons why you shouldn't buy the Le 1S.