8 Reasons Why You Should Buy the Microsoft Lumia 950 XL


Microsoft Lumia 950 XL is one of the recent offerings of Microsoft which you will find today. There are a lot of people who don't know about the phone and its features. I used the phone for around a week and now here's my thoughts regarding this nice smartphone. I didn't found much cons and instead I focused on the reasons why you should buy this phone in this article. So, Let's get started.

Top Reasons Why You Should Buy the Microsoft Lumia 950 XL 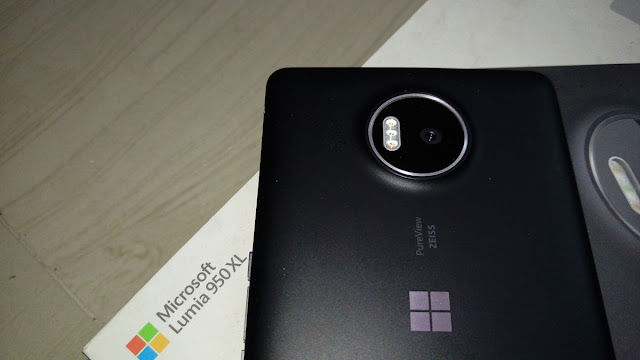 The Microsoft Lumia 950XL is Microsoft’s flagship device and it provides consumers great build quality just like a flagship should do. However, the device is built of polycarbonate rather than metal and this may seem to you a drawback but for me it is more like a blessing. As we know the device is powered by Snapdragon 810 (which is famous for its heating issues in many cases) and the polycarbonate back saves the device from overheating in this case. If the device would have been built by metal it should have also taken heat much faster. Also, the polycarbonate non-unibody design helps to get a swappable battery and back panels.

The in-hand feel of the device is too good and it feels comfortable in hand even after having a large screen size of 5.7 inches. Microsoft have worked in making the upper and lower bezels shorter so the screen-to-body ratio is large and due to this, device doesn’t feel too big in hands and can be used quite comfortably.

The device is also sturdy. By mistaken, the device dropped from my hand and it fell from a height of around 2 feet. However, the device didn’t even get a single scratch (I think I’m too lucky) and is working without any issues. After this incident I’m in love with Corning Gorilla Glass 4. You can get the idea of the durability of Lumia 950 XL by watching our water test and scratch test below.

One of the Best Camera You'll Find in a Smartphone 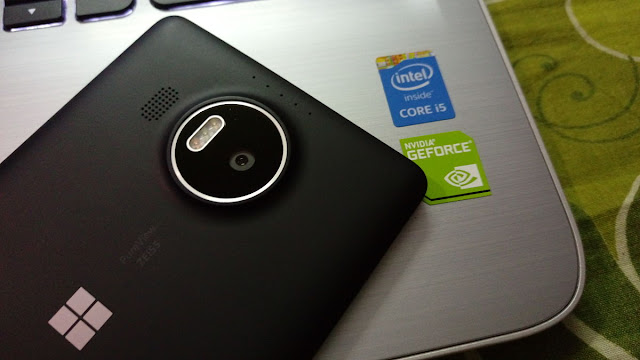 After the Samsung Galaxy S7’s camera, I feel Lumia 950 XL has the best camera among other smartphones. Once Nokia was famous for its best phone camera’s and now Microsoft is doing the job pretty good. They have worked hard with Lumia 950 and 950 XL’s camera. The rear camera is 20 Megapixel shooter with triple LED RGB type flash and Optical Image Stabilization v5. Also, it has support for 4K Video recording and has Zeiss Optics with PureView technology.

On the front side, the device has a 5 Megapixel wide angle camera with support for recording 1080p videos. You can also enable Living Images, which is basically a very short video and image together. When you click the camera shutter, it records the moment from the second before and creates an image which comes to still. It is similar to you see on an iPhone 6S and Samsung Galaxy S7/S7 Edge. However it was present in Lumia Phones from a long time and rest of the brands copied this feature.

Below are the sample videos from the primary camera and front camera to help you to understand the imaging quality of Lumia 950 XL.

Performance at its Best 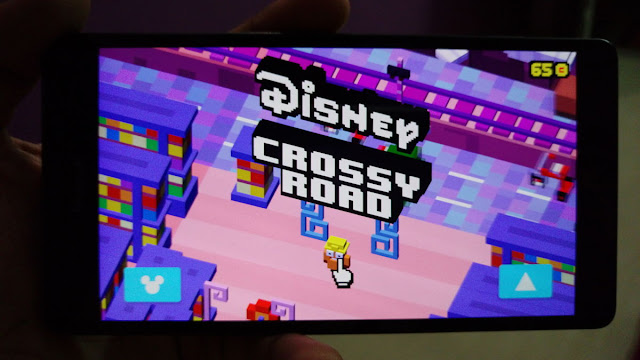 Microsoft Lumia 950 XL comes with an octa-core Qualcomm Snapdragon 810 processor coupled with 3GB of RAM. Although the processor has some heating issues but the liquid cooling and polycarbonate back handles it correctly and doesn’t let it to be more than just ‘warm’. The processor is really powerful and can handle day to day tasks easily. Switching between apps, launching camera directly from lock screen and responding to notifications shows noticeable change over the other Windows Phones.

Windows 10 build 10568.164 which came along with the device has some bugs and makes the device a bit laggy but once you update the device to 10585.214 or later the device is just more than smooth. Gaming performance of the Lumia 950 XL is also too good, the device handles games like Subway Surfers or Crossy Road without any problem and interestingly games like Modern Combat 5 or Asphalt 8 runs without any issue even in the highest graphics options available. I think for those looking to get good performance and great camera both in a single phone must consider about the Lumia 950 XL. 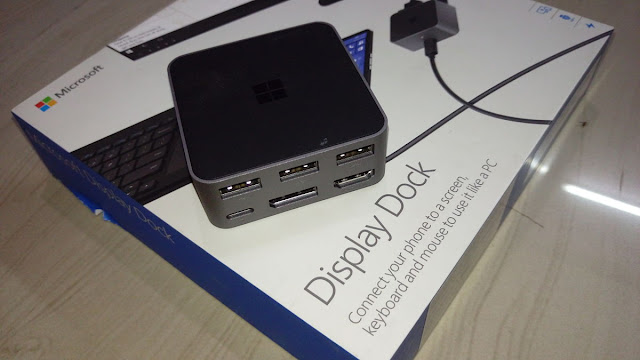 Microsoft Lumia 950 XL is one of the very few phones which have support for Continuum. Don’t know what is Continuum? No issues I will be describing it for you. Continuum is feature using which you can run Universal Windows Apps in an external monitor. Thinking what is different with screen mirroring? Well when you use screen mirroring you see the same thing in the external display what happens in your phone display. But when using continuum, you see a completely different display on your external monitor, the display looks like Windows 10 PC edition and the apps you run in continuum mode works and looks same like the same apps for Windows 10 PC. Now that is something interesting. 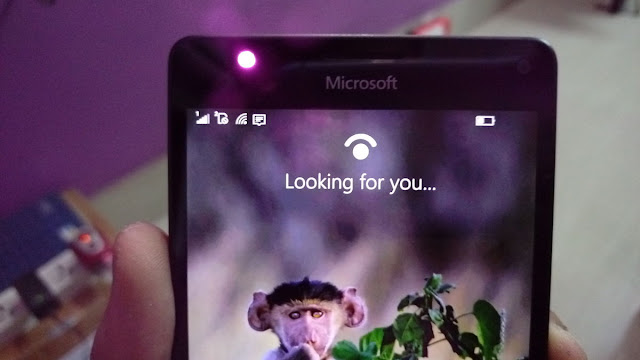 With Windows Hello enabled and set up on your phone you just need to hold your phone in front of your face. It scans your Iris using IR light and unlocks your phone. It is not very fast when you compare it with fingerprint scanners and also the Windows Hello feature is currently in Beta. But when it comes to showing off to your friends it is something really worth. 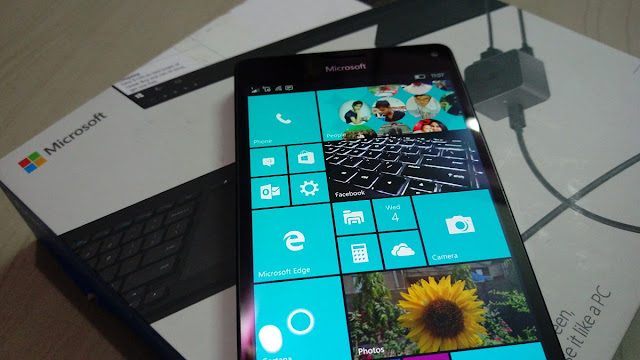 The Microsoft Lumia 950 XL sports an AMOLED display panel and a quad HD screen resolution. The display is vibrant, colors look accurate and very prominent. It has a pixel density of 518 PPI which is amazing for a 5.7 Inch device and thus everything looks sharp and vivid. As it has an AMOLED panel, black looks truly black and reds are accurate too. The display is surely one of the best in the market. 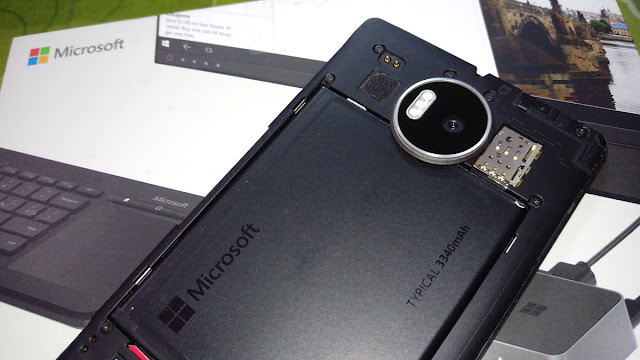 The Microsoft Lumia 950 XL has a big battery of 3340 mAh capacity. Being a phablet and after having a such beautiful display with such high resolution, the device needs a good battery to get you 'on' a whole day. Lumia 950 XL completes this task and even with heavy to moderate usage, the Lumia 950 XL can produce as much juice to live a full day.

Also the device has Qualcomm Quick Charging 2.0 feature, thanks to the USB type-C port for transferring data fast and also helping in fast charging. The device can get 50% charge from 0% in less than 30 minutes. Also, the device has Qi Wireless charging enabled. 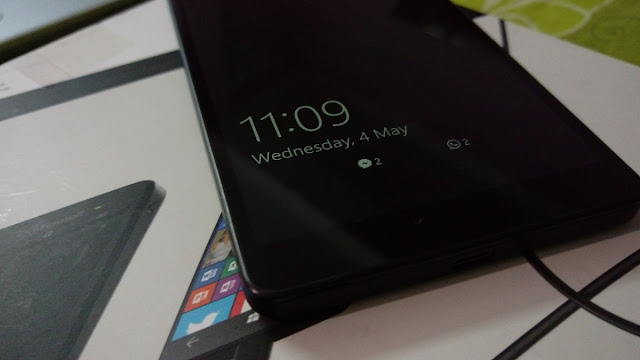 I wrote about the seven most important features or reasons because of which you should consider to buy the Lumia 950 XL. However, there are a few more points which needs special mention, not describing those points for long but I will be writing them one by one below.
So I hope this article have helped you and you may look forward to choose the Microsoft Lumia 950 XL as your next device. If you have any query let us know in the comments below.