HOW TO : Record Phone Call on iPhone Without Jailbreaking

Recording a voice call on smartphone is one of the very basic thing people want. Android is having this feature since ages. Windows Phone used to have the call recording feature but they removed it for security purpose and now this feature is included again in Windows 10 Mobile OS.

But unfortunately, Apple iPhone is not having this feature and do record the calls on iPhone you need to jailbreak your iPhone. Jailbreaking is something not everyone fond of. So if you are an iPhone user who wants to record phone calls on iPhone without jailbreaking then, there is still a solution. 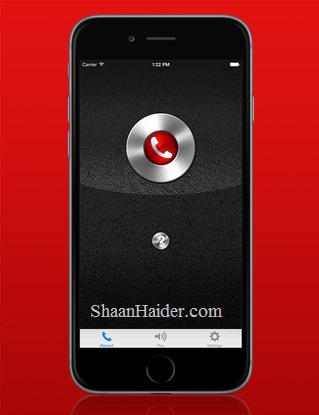 The trick to record phone calls on iPhone without jailbreaking works on the voicemail feature. So to make this trick work, first make sure your mobile network supports iPhone’s Visual Voicemail feature and also confirm that it is enabled already for your mobile number.

Now when all is set, let’s have a look on the little trick that let you record phone calls on your Apple iPhone without jailbreaking.

HOW TO : Record Phone Call on iPhone Without Jailbreaking

1. Launch the stock Phone app on your iPhone and initiate a new call.

2. When the outgoing call is connected, tap on the Add Call button on your iPhone screen.

3. Now, make a call to your own phone number. This new call will go to your voicemail as you phone number is already busy making a call.

4. When voicemail recording starts, just tap on the Merge Calls option appearing on the screen.

All of the recorded voicemails will be available in iPhone Phone app’s Voicemail tab. You can save them on your phone and can also share with other people using the Share button.