How to Convert an iPhone 6S into iPhone 7 (Video)

iPhone 7 is obviously going to be a big deal for all iPhone lovers and also for any gadget lover. Every single day lots of leaked images are coming out showing the new design and features of iPhone 7 along with the wild guesses about its hardware specs.

There is rumor about nearly every single thing of iPhone 7 and sometimes multiple rumors as well. For example, few design leaks shows the audio jack slot and few does not. So, it will be interesting to see how exactly iPhone 7 is going to be in real when it comes out after few weeks.

But seems there are few people who just cannot wait. There is a video out filmed at Liberty Bridge in Budapest showing an iPhone 6S being converted into an iPhone 7 based on all those leaked hardware specs, images and rumors about the iPhone 7. 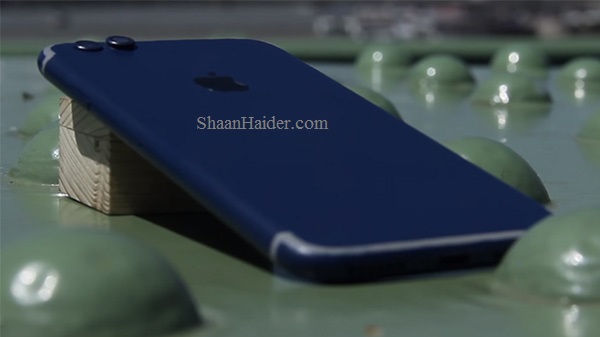 The video shows, first the iPhone 6S being disassembled with power tools and then assembled again following the leaked iPhone 7 designs and hardware specs.

So you will see in the video to convert the iPhone 6S to iPhone 7, its audio jack port was filled with a soldering iron. An extra iPhone camera module was added in order to fulfill the rumors that iPhone 7 will come with dual-camera features.

Other iPhone 7 rumors that were implemented in this experiment were addition of dual speakers, redesigned antenna bands and the new Deep Blue chassis as well.

You can have a look on the video converting an iPhone 6S into an iPhone 7 below.

How to Convert iPhone 6S into an iPhone 7 (Video)

It is better not to try this on your iPhone and just wait till September when the iPhone 7 will be launched officially. And that will be the moment that out of all these rumored features and specs, what exactly made to the real Apple iPhone 7.

So, how excited you are for the upcoming Apple iPhone 7?

Posted by Shaan Haider
Categories : How To :, iPhone, News