Google Now is the most used smartphone voice assistance, thanks to the domination of Android smartphones in terms of number. Since it is a Google product, it is integrated very well in various apps and smartphone services and it improves the Android user experience a lot. And now since it is available for Apple's iPhone too, Google Now is having even wider userbase now.

Google Now is capable of doing lots of impressive and intelligent tasks as well. It is also available on-demand where network conditions allows and can provide instant information if needed to the user.

Google Records Your “Ok Google” Voice Commands, Here’s How to Delete Them for Better Privacy
But one of the problem with Google Now is that it is so vast that many people do not know how to use all of its features. Also, there is no official list of Google Now voice commands are provided by Google to let users utilize the Google Now perfectly. The same is the case with Apple's Siri and Microsoft's Cortana too. But since Google Now is having bigger userbase overall, we are talking about it in this article.

Now, there is a website launched to solve this issue unofficially. Ok-google.io  website is developed and launched to help Google Now users by listing more than 150 voice commands that Google Now digital assistant accepts. 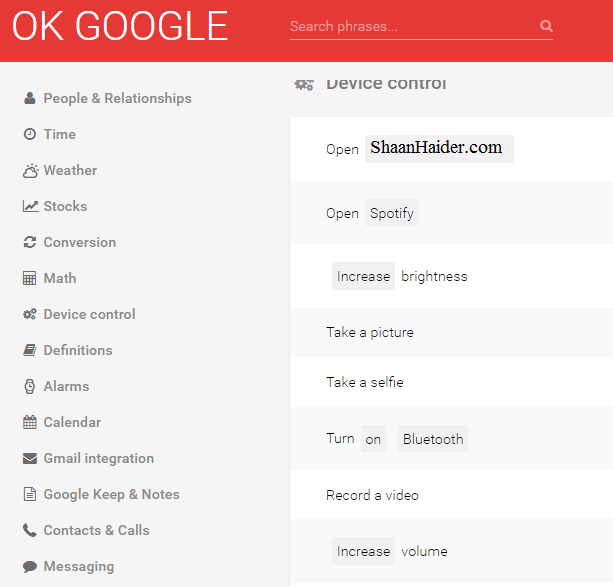 Other than these voice commands, this useful website also provides more than a thousand different examples of how to use all Google Now voice commands to utilize them perfectly and improve your productivity.

The good thing about new informative site is that instead of providing all those Google Now voice commands together, it categorizes them for easier access. So you can look for the desired and available list of Google Now “Ok Google” voice commands in categories like “Family & Relationships”, “Google Keep & Notes”, “Device Control”, “Math”, “Movies & TV Shows”, “Messaging”, and many more.

There is also a dedicated section of Google Now Easter eggs and Google "I'm Feeling Lucky" Tricks. This list currently contains eighteen commands, like “do a barrel roll”, “beam me up Scotty”, “how much wood would a woodchuck chuck of a woodchuck could chuck wood?” etc.