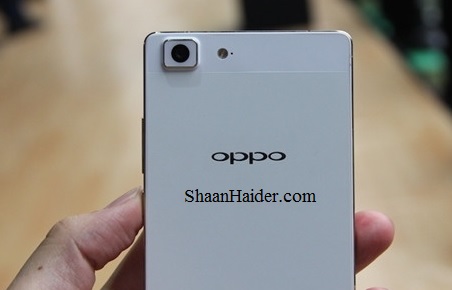 OPPO was the number brand again in terms of market share and shipment volume both for the year 2016 in China, making Huawei coming on the second spot. So, the market share of OPPO more than doubled year-over-year while Huawei market share increased 15% from 2015 to 2016. 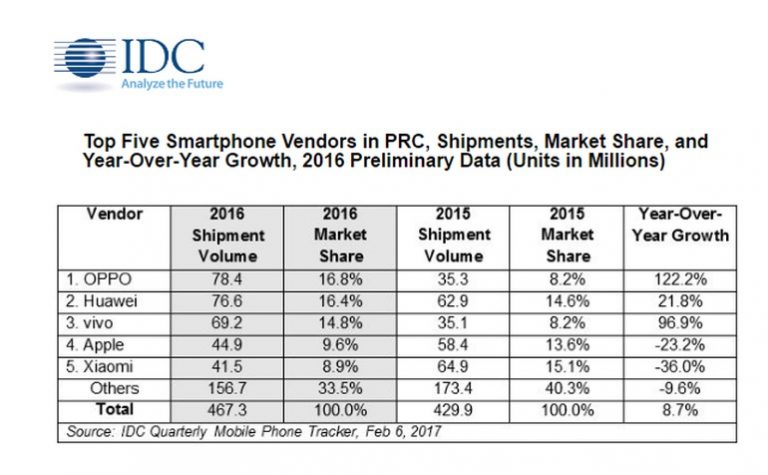 In terms of numbers, OPPO shipped 78.4 million units of its smartphones in 2016 and scored at the top by capturing 16.8% market share. Huawei achieved the second spot with 16.4% Chinese smartphone market share and and Vivo came at third with the market share of 14.8%.

Surprisingly, Apple faced a year-over-year decline in China for the first time. The shipment volume and market share, both were affected negatively for Apple iPhone. Still the Apple iPhone came at the fourth place with a market share of 9.6% and 44.9 million units shipped. It contradicts with Apple's claim that iPhone 7 and iPhone 7 Plus shipment and sells were the biggest ever.

Xiaomi also went down in terms of shipment volume and market share both, but still occupied its last year's fifth spot in the Chinese smartphone market.

Increased dependence on mobile apps has led to consumers to seek phone upgrades, thus helping drive the large growth in 2016Q4. In lower tiered cities, there was a similar demand by consumers, which OPPO and vivo met by aggressively pushing mid-range smartphones in these cities.