There are lots of leaked hardware information and images were coming out of Moto Z2 Force since last few weeks and then later Motorola also confirmed about the device in a teaser and a media invites.

And now new images of the Moto Z2 Force are leaked showing the device from different angles revealing its slim body. It is rumored to be about 6mm only in thickness. The leak also provides the information that the Moto Z2 Force will have a small 2730 mAh battery to keep the device thin, a 22% smaller battery compared to 3500 mAh of the previously launched Moto Z Force. 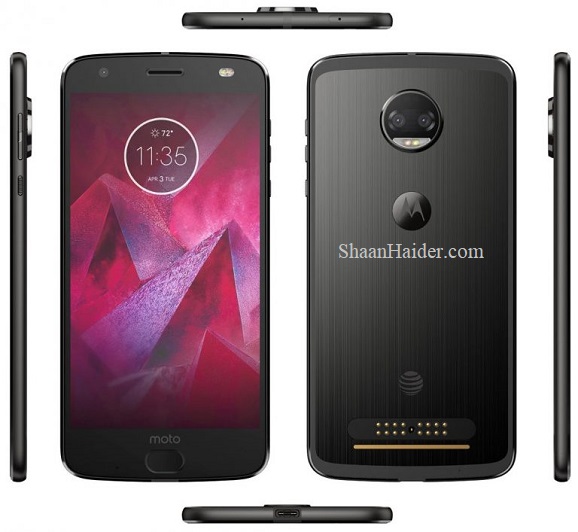 Similar to the Moto Z Force, Z2 Force will not have a 3.5mm audio jack too and it will feature a 16-pin Moto Mod connector on the back of the device.

The complete list of all leaked hardware specs and features of Moto Z2 Force are given below.

- Expandable Memory up to 2TB using the microSD Card

Motorola's #HelloMotoWorld event is scheduled to be held on July 25th in New York City and will start at 11:00 am EST. It is also expected that Motorola will announce new Moto Mods, Moto X4, Moto G5S and Moto G5S Plus at the very same event.