Following the recent trends, the information regarding the mid-range Sony G34XX and flagship Sony G83XX smartphones started leaking recently. And now Sony G8441 information surfaced on AnTuTu benchmark listing and exposing some of the features and hardware specifications. 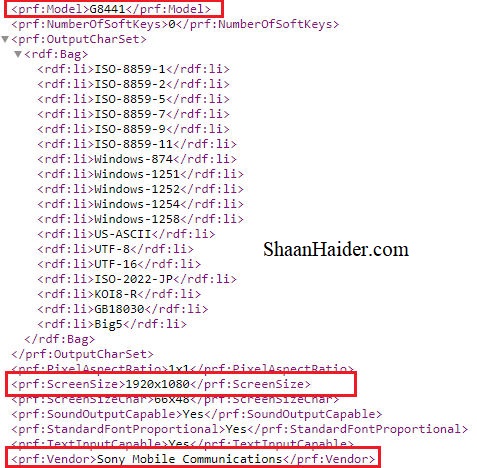 According to the AnTuTu benchmark listing of Sony G8441, the device will be powered by Qualcomm Snapdragon 835 octa-core processor, just like the Xperia XZ Premium that was launched recently and received good response due to super slow motion video recording.

Sony G8441 is supposed to come with 4 GB of RAM and 32 GB internal storage. But there is also the chance of a 64 GB version the device to be released along with it.

Sony G8441 AnTuTu benchmark listing also provides the information that it will be running on the Android 8.0 O OS that was revealed by User Agent Profile earlier.

For some reason the AnTuTu listing shows the screen resolution as 720p only for Sony G8441 that does not make sense for a flagship device. But the user agent profile provided the information regarding the 1080p full HD display, so we can rely on it more.

Talking about the imaging, the AnTuTu listing mentions an 8MP camera in the front and rear too. So most likely this information is wrong as well because Xperia smartphones are known for their great camera and a flagship Xperia smartphone will have something better than this for sure.

But so far these are just leaked information of the device. Hopefully some official information regarding the devices will be revealed officially soon.