Nokia and Xiaomi just agreed on a brand new patent-sharing deal that will help both brands on sharing heir technology with each other for research and development of new technology and products.

This new is specially exciting for the tech world because of the involvement of these brands in IoT (Internet of Things) and VR (Virtual Reality). Xiaomi is basically a king in the Internet of Things (IoT) as the producer of a network of everyday objects that connect to the internet. With over 8 million daily IoT devices, Xioami is the biggest player in this market. 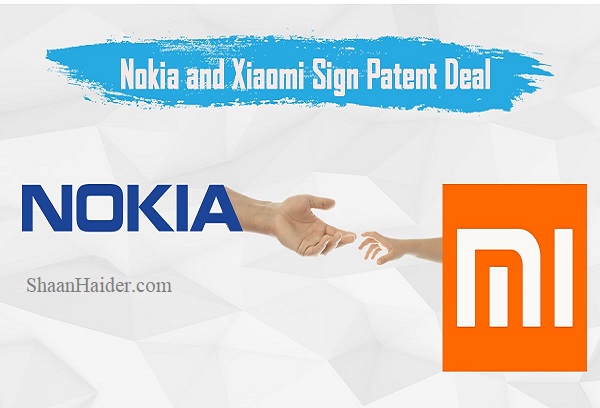 As we all know, Nokia is a one of the biggest name in network infrastructure equipment and also in the smartphone. So, the combination of Xiaomi and Nokia can create entirely new possibilities and development for opportunities IoT for both companies.

But this is from the device perspective of Xiaomi only. If we talk about Nokia, it gets better as Nokia is one of the longest existing and most popular name in the smartphone. Recently Nokia is also working on its 360-degree VR camera called OZO seriously enough to give $15,000 discount to OZO Storytellers for providing VR content for R&D purpose.

So it is easy to speculate that a deal between Xiaomi and Nokia will also help in the development of augmented reality (AR), virtual reality (VR), and artificial intelligence (AI). And since both brands have Android smartphones in their catalogue, we can see them bringing the these technology to their smartphones.

It is already rumored that Apple iPhone 8 and Huawei Mate 10 will come with AR technology, so we will not be surprised if Nokia and Xiaomi are already working on it too for their upcoming flagship smartphones.

Lei Jun, Xiaomi CEO, said in a statement about the Nokia-Xiaomi deal;

"Our collaboration with Nokia will enable us to tap on its leadership in building large, high performance networks and formidable strength in software and services, as we seek to create even more remarkable products and services that deliver the best user experience to our Mi fans worldwide."

So now all we need is to just wait and watch for these two biggest tech companies to start working together to bring some awesome technologies to the consumer, hopefully soon.