Brand stores are one of the most important part of the business. That is why, many smartphone brands like Xiaomi, Apple, Samsung got their dedicated stores for consumers where user can experience the devices and products hands-on to get better idea of the product before a purchase.

And now Huawei, one of the biggest smartphone brand, has just opened its first Middle East store at the Dubai Mall in Dubai, UAE. 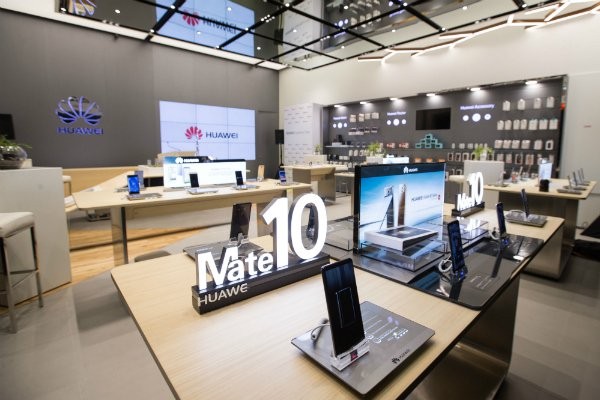 Middle East is one of the biggest market for Huawei smartphones, so it makes sense for Huawei to its official store in the region to compete with other major brands like Apple and Samsung. According to the report of a market research firm GFK, Huawei is the second biggest smartphone brand in terms of sales volume in the Middle East and Africa region with 13.8 per cent of market share.

Huawei Experience Store at the Dubai Mall is spread across the 1,312-square-foot and includes a dedicated kids zone with Huawei MediaPad tablets for their entertainment.

In the Huawei Store, people will be able to have the hands-on experience of Huawei’s products and pre-book the devices as soon as they are launched globally. Huawei’s latest flagship smartphone Huawei Mate 10 is also available that was launched in the region on 30th October and will be available for pre-booking from November 13.

Huawei has planned to open more than five such stores across the UAE and this is the first one in that series.

There is a significant gap between what we are and what we show off. And we believe that it is our responsible to tell them [end users] who we are and how big we are and how long we have been here.

I believe we are expecting to cover most of the emirates in UAE. The accurate number is of course depending on the location and how we get the contract but I believe it’s more than five.

Huawei is currently aiming to establish a total of 56,000 retail stores worldwide in partnership with various carriers and electronics companies by the end of the year 2017, compared to 35,000 in 2016.