Cisco has announced Wi-Fi 6 based innovative solutions to help customers experience a new age of wireless connectivity. Wi-Fi 6 (also known as 802.11ax), is the new standard for Wi-Fi networks and it is redefining new possibilities for businesses by providing an immersive wireless experiences.

Cisco is also extending the industry’s most extensive campus networking portfolio by delivering a campus core switch purpose-built for cloud-scale networking. By coupling powerful automation and analytics software with a complete array of next-generation switches, access points, and controllers for the campus, Cisco enables the industry’s only end-to-end, wireless-first architecture.

These new wireless innovations are built on the same fundamental as 5G. Wi-Fi 6 is capable of delivering up to 400 percent greater capacity and provides improved latency, allowing for near real-time use cases. Wi-Fi 6 also improves the battery performance of connected devices. 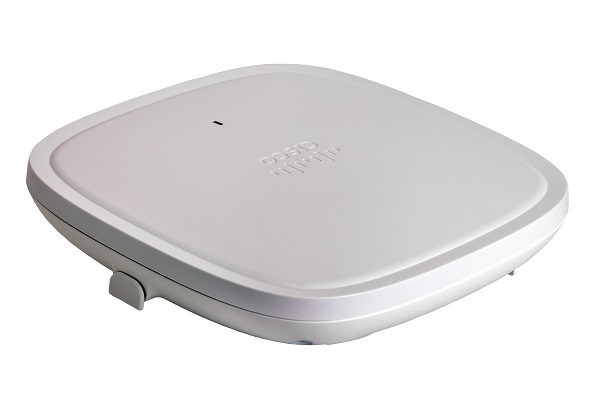 The new products and services that Cisco has launched are -

● Wi-Fi 6 Access Points : With the help of custom, programmable chipsets and access to industry-leading analytics capabilities, the new Wi-Fi 6 access points across the Catalyst and Meraki portfolios is capable to deliver a smarter and more secure wireless network. Cisco’s latest APs are multilingual, with the ability to communicate with multiple IoT protocols, including BLE, Zigbee, and Thread.

● Core Switch for the Campus Network : Cisco's new Catalyst 9600 core switch family is designed and developed to deliver the most secure and efficient wireless experience. For this, organizations just need a single networking fabric that brings wired and wireless together.

● New Developer Resources : Cisco has unveiled the DevNet Wireless Dev Center for developers. DevNet, Cisco’s developer network, offers the learning labs, sandboxes and developer resources needed to create game-changing wireless applications. The Cisco Catalyst and Meraki access platforms are open to developers and they are programmable  down to the chipset level.

● New Ecosystem Partnerships : Cisco has completed interoperability testing with Broadcom, Intel and Samsung to address the inevitable gaps that come with a new standard. Samsung, Boingo, GlobalReach Technology, Presidio and others are expected to join the Cisco OpenRoaming project to make it easier to seamlessly and securely hop between Wi-Fi and LTE networks and onboard public Wi-Fi.

Every leap in connectivity enables the next wave of profound innovation. 5G and Wi-Fi 6 represent a new era of connectivity. Developers are already creating the next generation of wireless-first, immersive experiences. With billions of things connecting to the network, this growth will create unprecedented complexity for IT. Cisco is building a multi-domain network architecture to simplify complexity for IT, allowing CIOs to deliver against their innovation agenda.

The Meraki and Catalyst Access Points and Catalyst 9600 are available to order right after the launching from today.