While most geeks already reading this blog probably know a lot of different geeky stuffs and websites, there are new geeks hitting the net on a daily basis. Geeks need to share the knowledge! 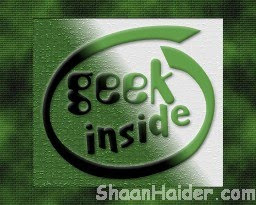 So, the first website on the list is ThinkGeek. It may seem convenient that a commercial website is the first on the list, there is a good reason for that. For any Star Wars, video game or computer nut out there, there is a gadget for you. Want a lightsaber? They have it. Want the famous Companion Cube from the Portal games? They have that too. If you want to geek out your real life, then this is the site to shop.

Slashdot, has grown in such popularity since it's founding in 1997, that it even has it's own catchphrase called the “Slashdot effect". This effect happens when a smaller website is overwhelmed from visitors based on a story found on Slashdot. The site primarily focuses on user submitted stories about current science and technology related topics, and allowing for user comments on each of those stories.

Third on the list is the web magazine Engadget. This website was launched in 2004 and covers the latest and greatest in all consumer electronics, and as it says in their name, gadgets. The website has such an influence, that Apple's share price dropped by 3% in 2007 when some Apple employees sent out a hoax e-mail that Apple was delaying the launch of the iPhone and Mac OS X Leopard. The story was retracted soon after, of course, but it's pretty shocking that a geek website affected the stock market with one story.
Also Check :

What Kind of Geek Are You? (Infographic)

Top 10 Funny and Geeky IT Quotes

How to Graduate from Geek to Uber Geek (Infographic)

For those who are familiar with Cracked, would not think it's much of a geek website. After all, the site seems to be poking fun at geeks more than anything else. The beauty of it is, that a lot of articles on the site are written by geeks for geeks. One of the best geek series written is "If The Internet Suddenly Disappeared" blog. The site also delves into movies, video games, and technology.

Split off from it's magazine counterpart, Wired features news and articles not only on technology, but how that technology affects the the lives of those around it. The site has been so influential, that they were able to obtain logs that lead to the arrest of Bradley Manning, who was arrested for leaking information to the website Wikileaks.