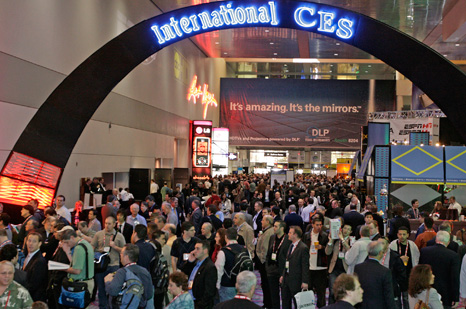 In-car technology has come a long way in the last five years. What was once seen as quirky has quickly become the new must-have technology. Automotive companies are fully embracing what is proving to be a revolutionary period in how people interact with their cars and there is nowhere better to highlight this than at the annual Consumer Electronics Show in Las Vegas.

Mercedes Benz was one of the keynote speakers at CES 2012 and used the opportunity to introduce CarTogether, an app to be incorporated into all future models enabling people with similar interests to find one another and share a car journey. Also on display from Mercedes was an updated version of the Mbrace, the Mbrace2 (2013 release). It provides the owner with the ability to set up a speed limit notification system, geofencing and curfew alert system for the car, meaning that if anyone breaks the rules, a notification will be sent to the owner of the car.

This has similarities with the updated Kia telematics system, the UVO2, which also possesses several safety features sure to figure prominently in the future of in car safety technology. The system incorporates driver status monitoring able to tell if the driver’s eyes are open or closed and take appropriate action.

Delphi have also incorporated a similar feature into their MyFi system, as have Garmin with their K2 setup. Both also use detectors on the steering wheel to limit infotainment functions if the driver’s hands aren’t on the wheel whilst in motion.

The K2 is a tablet based prototype for the HTML5 era. With a 12 inch screen it could well symbolize the future direction of the in-car user interface. The K2’s ease of use mirrors that of the iPad and with many practical safety features, next year could see the incorporation of similar setups into the dashboard of many a new car.

The K2 can run off Linux or QNX, whose new platform, QNX Car 2, was another standout technology. Among the many innovations provided by the platform, the Near Field Communications technology was a standout, enabling sync with a Smartphone simply through touching a chip in the dashboard, surely a technology that will become far more standard in the future.

There are strong signals that app development is becoming more open to third party developers, with GM and Ford offering their API up to bids from developers in the coming months. The pace of development should gather momentum this year, both in the Cloud and Smartphone sectors, with Smartphone monitoring of cloud connected cars a likely area of innovation, as well as apps making best use of location to provide the driver with information.

An area in need of a push is the full integration of the Smartphone/tablet into the dashmount. There was one exhibitor displaying such an innovation: Nextbase with the Face Off. It goes on release later this year and if successful could lead to many imitators at next year’s show.

Overall CES 2012 provided signs that technological obsolescence will decrease with the ability to upgrade cloud connected operating systems, app development will accelerate, Audi and GM will ready themselves to introduce 4G LTE cloud connectivity, and HTML5 apps will increasingly become incorporated into new platforms. Aftermarket developers will continue to offer improved products, with the launch of AppRadio 2 and HUD a device from Pioneer among others. There are also encouraging signs that improvement of safety in use of infotainment systems will continue.

Other predictions for CES 2013 include innovations in inter-car connectivity and more gesture based control panels, such as Mercedes Benz’ DICE and Audi’s HUD display.

Find a used car to show off all your automotive gadgets at netcars.com.