Social Media : The Good, The Bad and The Ugly


Whether you love them or hate them, social networking sites such as Facebook are here to stay for some time despite the criticism they may get from some corners. Many people have opinions on such sites, some good and some bad, but they do have their positives and their negatives. I personally quite enjoy using them, in particular chat forums, but that does not mean to say I think they are without their negatives. As with most things for me, social networking sites have their good points, their bad points and their downright ugly points. 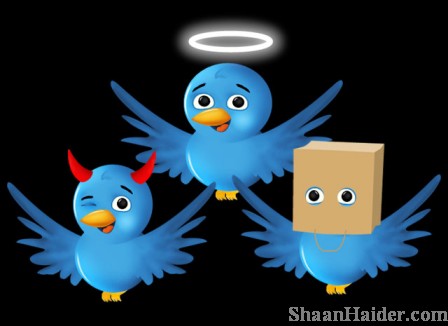 Social Media : The Good, The Bad & The Ugly

One of the best things is obviously being able to check up on what’s happening and how people are. This is particularly important for somebody like me that has emigrated to the other side of the planet. Not only does it allow quick and easy communication, it also allows quality communication. My calls don’t need to be rushed, files such as photos and videos can be shared without having to send them by Fed Ex and games add a little fun to the proceedings. One thing that I really do like about them is that I am able to take them or leave them. Unlike my phone which will ring endlessly until I answer it I don’t even have to log into social media sites at all if I don’t want to.

How The Social Media Has Changed The Way We Communicate

What If Social Media Sites Were Your Neighbors? (Infographic)

Let’s face it, sitting at the computer day in day out cannot be healthy for us and being unhealthy is never a positive. It would be much better for our bodies if we were doing something a little more physical so we should try to log off and doing something more active a bit more than perhaps we do.

It is not entirely the fault of social networking sites because if it wasn’t for them such inactivity would likely be replaced by watching TV anyway. Children in particular should perhaps be encouraged to be playing outside rather than glued to a screen, but at least there are some redeeming features to be found in doing so.

For me, as somebody that relies on the internet for my income, is the damage that sites like Facebook and message boards do to my productivity. Once ready for work I should be able to turn on my computer and get cracking but it never, ever seems to work like that. Instead I’ll end up scrolling through the random status updates, often from people that I barely remember from my school days, and then move onto the message boards.

The ‘excuse’ with message boards is that I am just checking up on the news and I start off with all good intentions. Inevitably though I’ll get drawn into a discussion about something that I actually have little or no interest in and that other people have little or no knowledge of.

For some reason the need to be right even when I may be wrong becomes a priority over even working to pay the rent and put food on the table. It is of no coincidence that on the occasional time that my internet connection will be unavailable that I magically develop an ability to increase my productivity considerably. If only some clever bod could figure out how to solve that problem, I’d get so much more work done and I strongly suspect I am not the only one.