How the Internet Has Changed he Way We Communicate

LinkedIn. Facebook. Twitter. Reddit. Pinterest. MySpace. Skype. These are only a few of the technologies that the internet has brought to our fingertips when it comes to instant communication. No longer the days of the couriers of the Pony Express, or even the runners of Ancient Greece - today is no longer even the days of email - our current favored modes of communication are even more instant and casual than the messages in our email inbox.

Also Check : Life Without The Internet - Can You Imagine It?

How the Internet Has Changed he Way We Communicate

How many times in the past years have you heard that you need to "clean up" your Facebook profile because prospective employers will be looking at your social media networking to get a feel for your character? Or that you need to have an up-to-date LinkedIn profile fleshed out with recommendations to even be considered for a job?

And then the other side of the coin is that because of social networks like Twitter and Facebook people are generally more fearless when it comes to reaching out to people in their industry to ask questions or seek advice - it is at once easier to make connections and yet in ways harder to maintain relationships through social media - though many find that social media helps facilitate larger circles of associates, which helps to widen your circle of influence in your industry.

I'm not talking just about building friendships through Twitter or Facebook (though that does seem to happen quite often) but I'm talking about long-term life partner love-of-your-life relationships. I won't even start on the ways in which the world has been changed through the advent of online dating (which I think, personally is more of a "con" than a "pro") but there have also been a number of studies that look into the ways in which interacting with our current significant other through social media changes the dynamic or character of the relationship.

Why Social Networks Are Not Good For Couples?

Interesting enough, one study found that people who initiate relationships online (i.e Facebook chat conversations or emails back and forth) tend to have a greater number of self-disclosures and a greater intensity than those who are meeting for the first time face to face, and typically the relationship becomes intimate (no, not that way) more quickly due to the more direct nature of digital communication.

On the other side of the coin, men and women use technology in order to disassociate and depersonalize relationships, many college campuses have the trend of the "hook up" rather than a relationship, and text messages, Facebook and Twitter can all facilitate the process and make it easier to make the "date" more about the physical act than any kind of relationship - mass texts or Facebook messages, a simple status update - all of these can incite the "hook up." 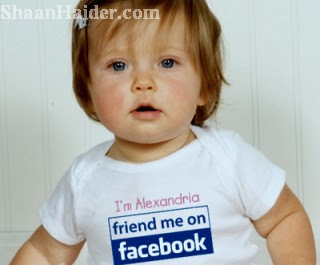 One of the great things about social networks like Facebook is that it allows you to get back in touch with old friends that you may not have been able to touch base with (or even find!) any other way, and makes keeping them in the loop and keeping tabs on them much easier.

Both Facebook and Twitter and their mostly straightforward interfaces have made people more comfortable maintaining a larger base of friends and acquaintances - I may have 700 Facebook friends, but I have a much smaller pool of people that I interact with on a daily basis, and I'm okay with that.