While, under normal circumstances, a mobile phones manufacturer might start to build hype over a new product with pre-orders and “leaks”, Apple is remaining typically tight lipped over the new iPhone 5. However, with a release date rumoured to be anywhere between August and November, depending on who you ask and what they’ve read, along with various rumours on staffing levels being increased in various manufacturers, how do Apple and the various retailers continue to build anticipation without fear of boring their customers or playing too long a game?

Apple’s marketing techniques are world renowned and their various exposes, conventions and releases are copied by businesses small and large throughout the world. So what does Apple do, exactly, to bring a product that has, to date, no specific details and no release date, to the forefront of people’s imagination and expectations? 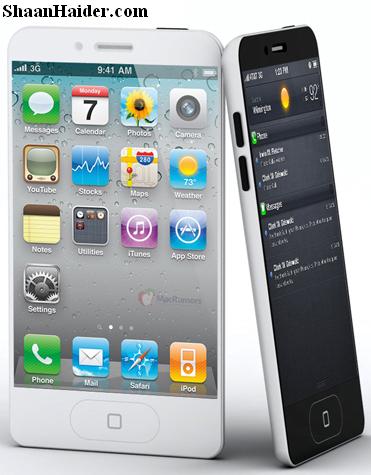 It is widely considered that in a sea of large corporations who seem to have their own profits at the heart of their priorities and their customer satisfaction sitting firmly at the back whimpering, Apple are the exception to the rule.

Their first rule of marketing, to put the customer first, is often cited as being one of the key areas where large companies and small businesses could really learn from Apple.

It’s not always about their service though, although this is widely acknowledged. That’s because Apple also ensures that its products are useable and functional. This compares to a lot of technology that, especially now, tends to attempt to depict creators as being as clever as possible with little consideration as to whether their customers have the best experience with their products.

Every single Apple product is a testament to visual appeal. The sleek and flawless appearance of the iPhone and the elegance of the iPad are just two recent examples of what Apple can do with design, but they have been breaking the mould for many years now and it is little wonder that, in a world where aesthetic appeal is king, Apple remain at the top of their game.

Apple is synonymous with quality and when they raise expectations, they ensure that not only can they meet these but they can excel at them. Their aim (and their success) is in making the “Apple experience” seamless and as a brand, this places them at the very top of their game.

Also Check : All iPhone 5 Rumored Features In One Awesome Video

In addition to his skill and genius as an inventor, Steve Jobs will be remembered for being a showman who knew exactly how to perform on his particular stage. One of his legacies is the “great reveal” when Appleensure that the eyes of the world are firmly fixed on them and their new product which has been anticipated but not (so far) hyped. Any launches from Apple are planned with military precision and ensure that nothing but excitement is generated as a result. This, combined with infrequent launches of new products, ensures that the collective breath of the world is being held waiting to see what the company will do next. Certainly, whether they choose to stick with 6 June or another date for the IPhone 5 launch, appetites will be whet.