Smartphones vs Tablets – Where to Draw the Line

With the release of hybrid smartphones such as the Samsung Galaxy Note and the LG Vu, the line between tablets and smartphones is becoming increasingly blurred. Alright, so one of these devices is used to make phone calls; the other one isn't. But if a phone can do everything a tablet can and more, why would you buy a tablet? And if a bigger phone can do everything a smaller phone can do but... bigger, why would you buy a smaller phone? It's easy to see how these arguments can regress. 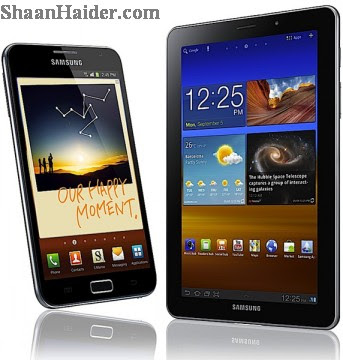 It looks like it may well be time to redraw the line. Some people believe that ever-increasing sales of tablets mean that smartphones will one day become redundant – who needs both, right? Well, that's just silly. If that were true, we'd already have invented a sort of phone-cum-supercomputer that brushes our teeth for us every night. Obviously, both phones and smartphones have their strong points – let's just make it clear where those attributes lie.

The truth is, it's not phone calls that separate tablets from phones; it's size. The Samsung Galaxy Note is pushing the boundary of what can really be called a phone – you might be more tempted to call it a tablet that makes phone calls. (Since most tablets will have a Skype app, this isn't really such a shock.) Size is the differentiating factor, and size is what dictates their use. Even the most avid iPad users probably won't carry their Paddies around with them everywhere they go, and yet it's rare to find even a Nokia 2210 owner – yes, they still exist – who leaves their phone at home when they go out. That's the whole point of a mobile phone.

So if a phone does everything a tablet does and is more portable, surely phones win every time? Nah-ah. That kind of obtuseness gets you ten points from Gryffindor. Desktop computers still exist, don't they? The truth is, tablets do almost everything that phones do, but they do it, in many ways, better. If you fork out the same amount of money for a tablet as you do for a phone, you'll probably get more processor power and a higher resolution display. The spacious screen makes web browsing faster and easier, and watching videos and playing games more immersive.

Does this make tablets superior? Not really. If you're heading on a long train journey and you want to watch a movie, of course you'd rather see it on a tablet. If you're standing at a bus stop and you want to flick a bird at some green pigs for two minutes, chances are it won't be worth whipping out your tablet for. As long as phones and tablets don't become the same size – and given how awkward the Galaxy Note is for making calls, this seems unlikely – they're in no danger of replacing one another.